4th of February, 2022 marked the 352nd anniversary of ‘Battle of Sinhagad’, the near impossible mission led by Tanaji Malusare on February 4, 1670, to capture the fort of Sinhagad near Pune. The mission was a success, but Tanaji had to make the ultimate sacrifice – today is his 352th Punyatithi. 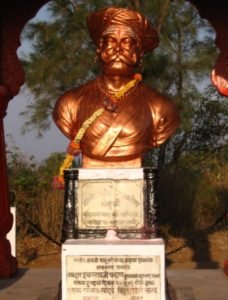 The impregnable fort of Sinhagad was under Mughal control and was very important for administration. Vibhuti Chattrapati Sivaji Maharaj decided to snatch the fort from the hands of Mughals but looking at the altitude at which the fort is situated, snatching the fort was near impossible and then came the man who changed the entire discourse of the civilization by capturing the fort. 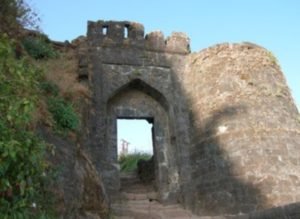 Tanaji goes to Shivaji to invite him for his son’s wedding. Shivaji asked him to take Kondana but says he can do it after his son’s weddings. Tanaji responds by saying first Kondana then my son Raiba’s wedding.In early 1670, plans began to begin recapturing the twenty-three forts that Shivaji raja had been forced to cede to Mirza raja Jaisingh. It was decided that the first attack would be aimed at Sinhagad, the fort that was closest to Pune.

During the planning, the anecdotes say, Tanaji picked the gauntlet to capture the fort among the most prominent chiefs of the kingdom. He asked for just five hundred men and decided that he would launch an attack only after proper surveillance of the fort. It can be assumed that men may have been sent in disguise to villages at the foot of the fort to gauge the level of security and the alertness of the guards.After this survey, Tanaji decided that at the rear of the fort where the cliffs were the most difficult to scale, the guards were thinly spread out and not quite attentive.

The night of 4th February saw the attack on Sinhagad. Stealth, secrecy and a night attack were the key to success. Climbing a cliff was not difficult as the mavalas – or the soldiers who came from the Maval region – were all agile, light and fleet footed. Their standard weapons were a sword and a shield.The story of the ghorpad (Indian monitor lizard) is apocryphal. The lizard would find it hard not only to obey such commands but even to bear the weight of a man climbing on a rope affixed to its body. However, the myth lives on. It is mentioned that they used ‘maalas’ to climb, presumably rope ladders, carried ahead by two men who handed them to the next higher person, anchored the ladders securely to a rock or other firm place on the top and the rest of the team climbed up.

The nearest contemporary account of the capture is given by Sabhasad. He says that once the decision was taken, Moropant Peshwa, Annaji Pant and Nilo Pant were asked to win forts while mavalas led by Tanaji were to attack Sinhagad. Tanaji took leave of his king and two mavalas climbed the walls and fixed ropes on the top. With three hundred men Tanaji climbed the rope to the top. There was some noise and Udaibhan was awakened, thereby getting the twelve hundred strong Mughal and Rajput garrison to come to the defence of the fort. The Mavala troops vigorously fell upon the defenders so that nearly five hundred Rajputs were slain against a loss of fifty mavalas.

During this, Tanaji came face to face with Udai Bhan and a duel began between them. Sabhasad says, ‘the shield held by Tanaji in his left hand broke. Another shield could not be available and Tanaji then, shielded himself with his left hand and fought. Both the warriors fought bitterly. They received fatal injuries at the hands of each other. Tanaji and Udaibhan fell dead.

Meanwhile, the remaining two hundred men who were with Tanaji’s brother Suryaji had entered by overpowering the guards at the Kalyan gate of the fort. On Tanaji’s death, Suryaji rallied the men to keep fighting, killing the Rajput soldiers, some of who died by falling off the fort walls. Nearly twelve hundred Rajputs were killed and the remaining submitted, surrendering the fort.