A year effectively spent by DMK only in pasting stickers.

On October 7, 2021, the Centre announced ₹ 5,000 as a reward to good samaritans who assist & rush road accident victims to hospitals. Stalin pasted his sticker over it on March 21, 2022. 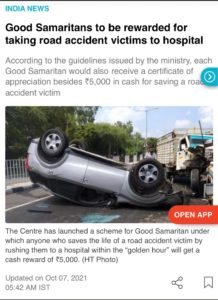 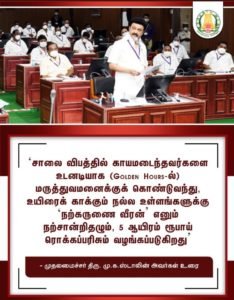 On January 4, 2018, HUD Minister Hardeep Singh Puri made it mandatory to register PMAY houses in the name of Women.On March 29, 2022, PM said that thru PMAY, over 20 million women had ownership rights in the country. Stalin pasted his sticker over it on March 9, 2022. 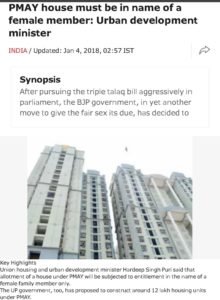 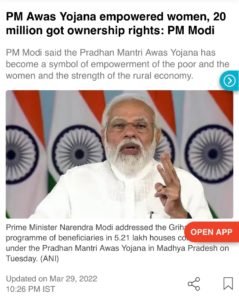 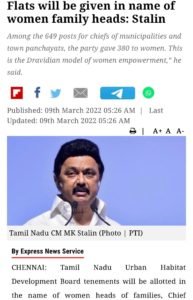 Pradhan Mantri Kaushal Vikas Yojana was launched on 2015 to standardize skills as per the requirement of work force.The same was launched in the 2022 Budget by MK Stalin in the name of “Naan Mudhalvan” for the same objective as the Centre’s Scheme. 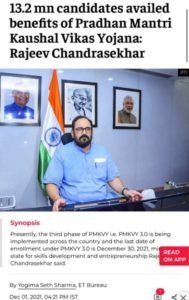 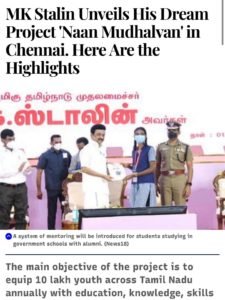 iPhone manufacturer Foxconn India is a beneficiary of the Production Linked Incentive (PLI) provided by the Department of Telecom. Stalin pasted his sticker over it on April 11, 2022.

Selvamagal Semmipu Thittam is a Central Government scheme launched in 2015 to provide savings bank accounts for girl children for their future education/ marriage at their attainment of 18 or 21.Stalin pasted his sticker over it on 15th September, 2021.

Rescue of Indian Students from Ukraine under the name of Operation Ganga. PM Modi ensured the rescue of 22,500 Indian Students struck in the war-hit country thru various means. Stalin also did something similar at a cost of ₹3 Crores.

According to Arfa, demolition men don’t build nations but Aurangzeb did !!

Which is the only country that could reverse the Islamization of the country ?