A publication called 5 de Septiembre, which is the official government-run newspaper of Cuba’s Cienfuegos province, recently “shared an article suggesting that Cubans fertilize crops with human urine,” Cubanet relayed on May 11.

“As has happened on other occasions with different [Cuban] state media, September 5 republished an article shared by a foreign media outlet, in this case Agence France-Presse (AFP), which on April 28 published [an article titled] ‘Human Urine, an Unexpected but Effective and Less Polluting Fertilizer,” the Cuban news website detailed.

“It should be noted that September 5 does not refer to the original source of the article (AFP), but to the [online news] portal Gestión, from Peru, which reproduced it in full two days later,” Cubanet.org clarified.

The Facebook account of Radio Guamá, which is a local state-run radio station in Pinar del Río province, republished an article on March 29 “highlighting the ‘nutritional value’ of cockroach milk,” Cubanet.org reported at the time. 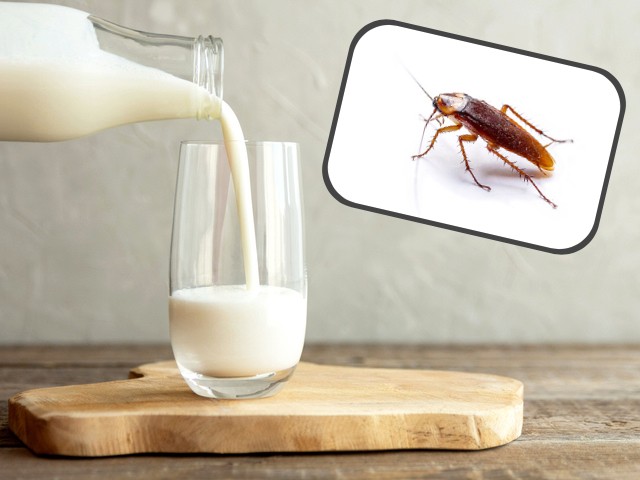 “The experiment … offers some details that you may find very interesting. We invite you to read this scientific curiosity to the end,” Radio Guamá wrote in a caption accompanying the republished article (originally from the Spanish magazine Mercatrace) on March 29.

An archived webpage from the news website of Radio Guamá appears to show that the state broadcaster also recommended the cockroach milk article to its readers in a separate but similar report on March 28.

The Communist Party of Cuba has previously suggested its citizens, many of whom suffer from food shortages caused by the policies of the Party, consume alternative food sources such as crocodiles, rodents, ostrich eggs, and banana peels.

Cuba is an impoverished country that owes much of its misfortune to the communist policies of Fidel Castro, who seized control of the island nation in 1959 and ruled through 2008. The nation’s ruling Communist Party has struggled to provide its citizens with sufficient food for decades. Established food shortages in Cuba have grown worse over the past five years due to the mismanagement of a top Communist Party leader named Miguel Díaz-Canel. 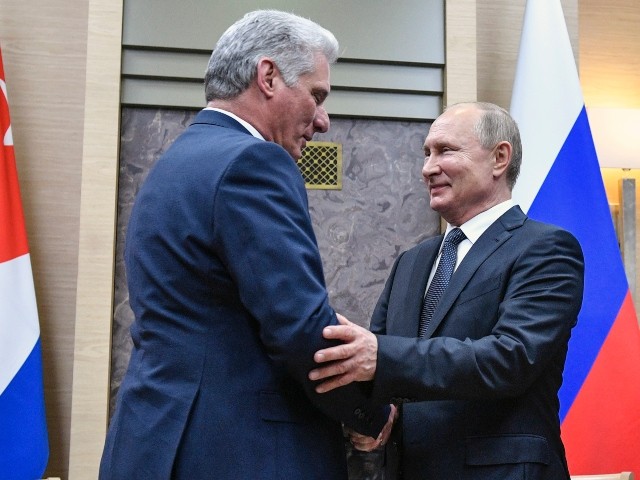 Russian President Vladimir Putin, right, and Cuban President Miguel Diaz-Canel shake hands during their meeting at the Novo-Ogaryovo residence outside Moscow, Russia, Tuesday, Oct. 29, 2019. Putin hailed Cuba’s resilience in the face of the U.S. pressure as he hosted Diaz-Canel for talks on expanding cooperation between the old allies. (Alexander Nemenov/Pool Photo via AP)