The shocking details revealed in a book

Robert Crowley, the second-in-command of the CIA’s Directorate of Operations (in charge of covert operations), had revealed that the CIA killed India’s Prime Minister Lal Bahadur Shastri and nuclear physicist Homi Jehangir Bhabha. Both were killed in January 1966, within a gap of just 13 days.

Shastri died in Tashkent, Uzbekistan (then the Soviet Union) on 11 January 1966, one day after signing a peace treaty to end the 1965 Indo-Pakistan War.

The revelation comes in a 2013 book titled Conversation With The Crow by Gregory Douglas. This was released as an e-book.

On 8 October 2000, Robert Trumbull Crowley, once a leader of the CIA’s Clandestine Operations Division, died in a Washington hospital of heart failure and the end effects of Alzheimer’s Disease.

Known as “The Crow” within the agency, Robert T. Crowley joined the CIA at its inception and spent his entire career in the Directorate of Plans, also known as the “Department of Dirty Tricks”.

Bob Crowley first contacted Gregory Douglas in 1993 when he found out that Douglas was about to publish his first book on Heinrich Mueller, the former head of the Gestapo who had become a secret, long-time asset to the CIA.

They began a series of long and often very informative telephone conversations that lasted for four years. Douglas became so entranced with some of the material that Crowley began to share with him that he secretly began to record their conversations, later transcribing them word for word, planning to incorporate some or all of the material in later publications.

In the book, which has been recorded as conversations, Crowley says: “Was, Gregory, let’s use the past tense if you please. The name was Homi Bhabha. That one was dangerous, believe me. He had an unfortunate accident. He was flying to Vienna to stir up more trouble when his 707 had a bomb go off in the cargo hold and they all came down on a high mountain way up in the Alps. No real evidence and the world was much safer.” 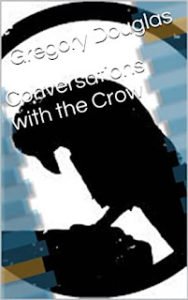 To a question by Douglas, was Bhabha alone on the plane? Crowley replied: “No, it was a commercial Air India flight.”

Crowley continued: “Then don’t worry about it. We could have blown it up over Vienna but we decided the high mountains were much better for the bits and pieces to come down on. I think a possible death or two among mountain goats is much preferable than bringing down a huge plane right over a big city.”

Crowley also claimed: “Well, I call it as I see it. At the time, it was our best shot. And we nailed Shastri as well. Another cow-loving raghead”.

This disparaging remark about Shastri underlines the fact that the US never liked Hindu nationalists; they always batted for pseudo secularists like Nehru. Shastri was a Sanskrit scholar from Benares Hindu University.

Crowley told Douglas: “Gregory, you say you don’t know about these people. Believe me, they were close to getting a bomb and so what if they nuked their deadly Paki enemies? So what? Too many people in both countries. Breed like rabbits and full of snake-worshipping twits. I don’t for the life of me see what the Brits wanted in India. And then threaten us? They were in the sack with the Russians, I told you. Maybe they could nuke the Panama Canal or Los Angeles. We don’t know that for sure, but it is not impossible.”

When Douglas asked who Shastri was, Crowley said, “A political type who started the program in the first place. Bhabha was a genius and he could get things done, so we aced both of them.”

“And we let certain people there know that there was more where that came from. We should have hit the chinks, too, while we were at it, but they were a tougher target. Did I tell you about the idea to wipe out Asia’s rice crops? We developed a disease that would have wiped rice off the map there and it’s their staple diet. The fu***ng rice growers here got wind of it and raised such a stink we canned the whole thing. The theory was that the disease could spread around and hurt their pocketbooks. If the Mao people invade Alaska, we can tell the rice people it’s all their fault,” Crowley said. 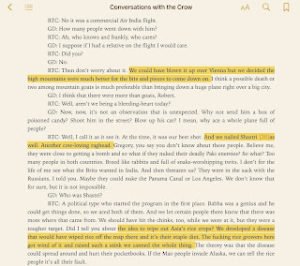 “The only thing the Communists understand is brute force. India was quieter after Bhabha croaked. We could never get to Mao but at one time, the Russians and we were discussing the how and when of the project. Oh yes, sometimes we do business with the other side. Probably more than you realize,” Crowley said.

In August 1947, the partition of British India created the independent Republic of India and Dominion of Pakistan. Shortly afterwards, a group of Indian scientists led by physicist Homi Bhabha—sometimes called “the Indian Oppenheimer”—convinced Prime Minister Jawaharlal Nehru to invest in the development of nuclear energy. The subsequent 1948 Atomic Energy Act created the Indian Atomic Energy Commission “to provide for the development and control of atomic energy and purposes connected therewith”

In its early stages, the Indian nuclear program was primarily concerned with developing nuclear energy rather than weapons. Nehru, who called the bomb a “symbol of evil,” was adamant that India’s nuclear program pursue only peaceful applications. Nehru nonetheless left the door open to weapons development when he noted, “Of course, if we are compelled as a nation to use it for other purposes, possibly no pious sentiments of any of us will stop the nation from using it that way.” India also opposed the United States Baruch Plan, which proposed the international control of nuclear energy, because it “sought to prohibit national research and development in atomic energy production.”

Serious development did not start until 1954 when construction began on the Bhabha Atomic Research Centre (BARC) at Trombay. Essentially the Indian equivalent to Los Alamos, BARC served as the primary research facility for India’s nuclear program. This period also saw a massive increase in government spending on atomic research and heightened efforts for international scientific collaboration. In 1955, Canada agreed to provide India with a nuclear reactor based on the National Research Experimental Reactor (NRX) at Chalk River. The United States also agreed to provide heavy water for the reactor under the auspices of the “Atoms for Peace” program. The Canada India Reactor Utility Services—more commonly known by its acronym, CIRUS—went critical in July 1960. Although billed as peaceful, CIRUS produced most of the weapons-grade plutonium used in India’s first nuclear test.

Although tension with Pakistan was later a contributing factor to India’s nuclear weapons program, it was actually the conflict with China that first prompted India to build an atomic bomb. In October 1962, war broke out between the two countries over a disagreement regarding the Himalayan border. India appealed to both the Soviet Union and the United States for assistance, but the two superpowers were at the time distracted by the ongoing Cuban Missile Crisis. The month-long Sino-Indian War ended in victory for China and humiliation for India.

China also tested its first atomic bomb in October 1964, heightening the need for a nuclear deterrent in the eyes of some Indian officials. Homi Bhabha, for example, urged the Indian government to approve an atomic bomb program, arguing in one speech that “atomic weapons give a State possessing them in adequate numbers a deterrent power against attack from a much stronger State.” Indian Prime Minister Lal Bahadur Shastri was opposed to the bomb, but Bhabha convinced him that India could use nuclear weapons for peaceful purposes, such as engineering. According to Bhabha, India was not developing nuclear weapons, but “peaceful nuclear explosions” (PNEs). Shastri, for his part, affirmed, “I do not know what may happen later, but our present policy is not to make an atom bomb and it is the right policy”. 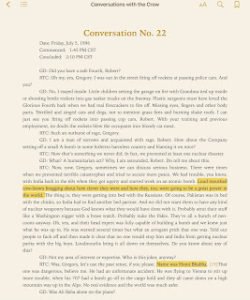 During this period, Bhabha frequently appealed to the United States to support Indian PNEs through its Project Plowshare program. In February 1965, Bhabha visited Washington, DC to pitch the idea of nuclear cooperation. He met with Under Secretary of State George Ball, who reported, “Dr Bhabha explained that if India went all out, it could produce a device in 18 months; with a U.S. blueprint it could do the job in six months”. Although the accuracy of this statement was debatable, it was clear that Bhabha badly wanted the bomb. In the end, however, the United States decided against nuclear cooperation with India.

The year 1966 saw significant changes in the Indian nuclear program. In January, Prime Minister Shastri died of a heart attack and Indira Gandhi—the daughter of former Prime Minister Jawaharlal Nehru and a strong proponent of nuclear weapons—took his place. Less than two weeks later, Homi Bhabha died in a plane crash. Physicist Raja Ramanna, who worked under Bhabha beginning in 1964, was named the new head of BARC and was the principal designer of India’s first nuclear device.

Thus, 1966 was a decisive year for India and the immediate beneficiary of the murder of Shastri was Indira Gandhi.

While CIA drug running, money-launderings and brutal assassinations are very often strongly rumoured and suspected, it has so far not been possible to actually pin them down but it is more than possible that the publication of the transcribed and detailed Crowley-Douglas conversations will do a great deal towards accomplishing this.

The claims made by Crowley sound believable as Bhabha had announced over the radio in October 1965, just months before his death, that India could build its own nuclear bomb in 18 months. However, the CIA did not succeed in stopping India from becoming a nuclear power as India went on to test its first atomic bomb code-named “smiling Buddha” at Rajasthan’s Pokharan on 18 May 1974.

Crowley co-authored The New KGB: Engine of Soviet Power with William R. Corson. Released in 1985, the book asserts that the KGB took control of the Communist Party and the Soviet Union. He was a source for David Wise’s 1992 book Molehunt.

Wolves in Sheep’s Clothing: The Other Media, its ‘Nity’ Gritties and The Engineering of Social Unrest

How Pakistan,ISI orchestrated a disinformation campaign of “Trolling Shami” in order to target India with the active collusion and willing support of Indian Leftists