The Convent School in India have become a major center of evangelism and prove to be very instrumental in the conversion activities of Christian missionaries across India, Parents in India always ensure their wards get modern and disciplined education and for that, they enroll their children in the overrated Convent school so that their child could pursue a secure career, many times these parents boast about Convent school to other parents whose children aren’t studying in a Convent school and mock them, sadly these uncomprehending fools know neither the past and nor present of the convent school. In Europe, convent schools were opened for orphan and in Europe, there was a 2500 year long tradition of not keeping their children in their house with parents, therefore Kings and authorities made Convent organization for imparting education and raising them in their childhood, That’s the reason why male Teacher in the convent is often called as FATHER since they don’t know who was their real father who gave them birth so they assume male teacher as their father, same logic those children have applied for Sisters in the convent, in India, the first convent was started by East India Company in Calcutta during the reign of Robert clive who became king of Calcutta after the battle of Plassey, but at that time Hindus were very much rooted to their culture, traditions, and values so no one sent their Children in Convent and this compelled Britishers to make a law ordering all Govt employee to send their children in the convent, but even this plan of Britishers didn’t work and therefore number of convent school restricted to less than 100 throughout India since common Hindu never liked British culture.

These convent Schools after Indian independence have flourished astonishingly due to the rat race in India of getting the best education and to overcome the stiff competition in engineering, medical, etc, but the foremost reason for the continuous growth of convent school is that Hindus have morally buried their ancient religious scriptures and have inclined towards westernization in which they have gone so mad and blind that they eventually end up becoming Anti Hindu idiot. The convent schools have a religious affiliation with a church and these churches have very deep close ties with local authorities and political leader which provide them all type of aids so that they could hide their main aim of conversion of children to Christianity from the world’s eyes, the teaching of history in the convent is very distorted and their textbook bluntly vilify the freedom fighters like Bhagat Singh, Chandrashekhar Azad, Udham Singh, etc as terrorist and Britishers are praised and respected in their syllabus. Maharana Ranjit Singh who struggled against Britishers during his time was portrayed as a dacoit and Jats who were considered very brave, chivalrous, and intrepid soul have been called as slaves of Britishers by Convent schoolbooks, as per their books Rani Lakshmi bai was not any valiant women freedom fighter but she was a woman who had an affair with a British officer, this absurdity is being fed into the minds of innocent children and a wrong image of our freedom heroes who fought selflessly against the colonial powers gets fabricated in them. 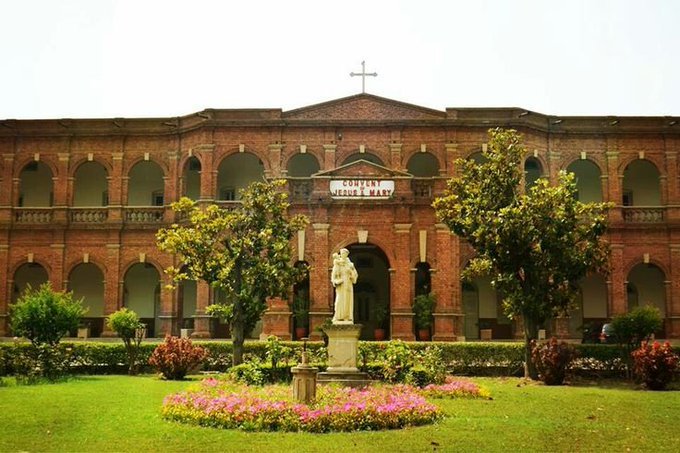 Inside the convent school premises, the walls of convent school are full of biblical lines and phrases of Jesus Christ, the school diary also contains many stanzas and references from the bible, this is nothing but an indirect attempt to shape the mindset of pupils in such a way that they admire Christianity only, whenever any annual function gets held in Convent then it starts with a prayer of Jesus Christ and sympathetic references made in the event so that children and their parents also feel more affinity with Christianity, in many convent school every friday children gather at nearby church and perform prayer under the auspices of Church father, as a result the children embrace Christianity and hates Hindu religion and brelieves that divine power of Jesus is supreme or if not Christian Then Becomes an atheist, many other notorious ways have been formulated by Convent School, one of them is that the bus driver of Convent School intentionally stops a bus in the passage and pretends that it stops due to some technical faults and then he ask every child to take the name of whatever God goddess they revere at their home, Innocent Children take name of Hindu deities but Bus doesn’t start, then he ask children to take the name of Jesus, as the children take the latter’s name the bus driver starts the bus and an ominous false feeling gets embedded among children that Jesus is powerful than Hindu gods, similarly one more treacherous act has been played in Convent as per which the children gather near the Swimming pool and teacher of Convent then pours a metal idol of Hindu gods like Ram, krishna in the water and it drowns in water, then the shrewd teacher puts the same idol of Jesus but made up of wood in pool and this didn’t get submerged in water, so teacher then inculcates a view among children that jesus was more powerful than Ram, Krishna since he was floating above the water and weak gods Ram krishna drowned as they were devils. These idiocies are perpetrated by Convent school for the conversion of Hindu Children.

The convent School not only spread Christianity by psychological tactics but also are very hostile towards the Hindu religion and not even a vestiges of Hindu traditions are tolerated in their School this is evident from their rules of Punishment under which having tilak on your forehead is prohibited, you cannot wear Rakhi in your hands in their school, many times Holidays on Hindu festivals like Diwali, Holi arent granted in the School, Children are forced to chant that Jesus is the only creator of God and those who say Lord Krishna and ram are the creators than they are subjected to harsh punishment and harassment from School teachers, despite all their nefarious activities no stringent action never any government dared to take against them due to their strong influence in the Indian Political parlance which is quite easily seen from that fact that as per Indian government, Churches are 2nd highest holder of Land after Govt of India, even more than Indian railway, these land they have got at only Re 1 per 1000 hectare per year for 99 year lease, these lease agreement were done prior to the partition and till now this agreement aren’t made null and void by Indian Government, these churches are taking all undue advantages of democratic system and exploiting our nation just like britishers. 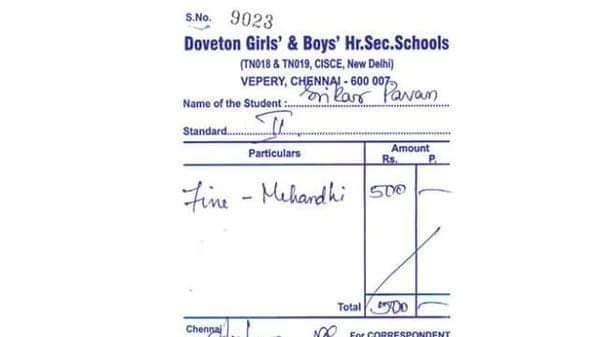 In many metropolitan cities of India like Bombay, Chennai, Kolkata, Hyderabad, Delhi, Mumbai, the Convent school are flooded their, majority of children study in a Convent school and the fees of convent school are also very high that’s why only middle class and upper class financially rich people can afford it easily and this culminates in a huge flow of money into coffers of Christian missionaries, for instance in Mumbai, 92% children enrolled in a convent school are Hindus and only 2.5% children belong to Christianity and the total annual income of these School is close to about 18k crore per year, if we add the above metropolitan cities and B grade cities of India then their annual income exceeds 100k crore very easily. our late nationalist freedom fighter Bal Gangadhar tilak shown us the way that best answer to your enemies is by simply boycotting them both politically and financially, so lets implement this now and encourage every Hindu parents to send their Pupils in Arya Samaj based school or in Gurukuls so that they could not only bring laurels to their parents by making good career but also they would be able to know about the great Hindu tradition , our ancient heroes and the eminence of Hindu Vedas and spirituality, once the flow of money gets diverted from Convent to gurukuls then the facilities their would also bolster with passage of time, remember before the arrival of Britishers and Mughals in India it was gurukul which were prevalent in India and it gave the world and mankind abundance of gifts in the form of invention, the providence has now assigned us this duty of reviving the old ancient Hindu education system to show the world and India a new path by defeating all the draconian forces and propagating message of Vasudev Kutumbakam.

Why nation must stand with Arnab Goswami And Republic TV?