The same people who raised their voice in a senseless protest citing ‘Hijab is a choice’ are now attacking Journalist Rubika Liyaquat for wearing Bindi. 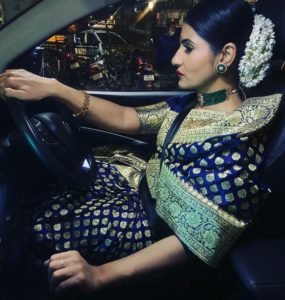 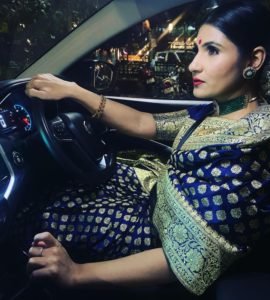 Recently Journalist Rubika Liyaquat was being attacked by the members of a particular community for wearing Bindi. On 5th of March Rubika Liyaquat upload her photo on Twitter. The pictures shows her driving a car with steering of the car in his hands. Along with picture, she wrote “Why do people think when a woman is all ready and decked up, she shouldn’t be on the drivers’ seat… make no mistake, steering should always be in your hand whether you are ready or not.”

In these pictures Rubika Liyaquat could be seen wearing Bindi which is widely considered as a symbol wore by Hindus. For this, Islamists began to attack and target her. Abuses were poured upon her by people coming from a particular community. It should be noted that journalist Rubika Liyaqut opposed the girls who demanded for wearing hijab in the school premises where was not allowed. Islamists began to draw false equivalence between the demand of girls for wearing hijab in college premises and Rubika Liyaquat exercising her right to wear what she wants.

Salman, Kalu Khan, and Aslan threaten to abduct and wed a Hindu girl in Jaipur stating that they’ll get 25 lakhs as awards for marrying a Hindu woman