Now I am not a person who takes opinion polls too seriously. But as a guy whose day job is to deal with data and consumer sentiments and doing trend analysis, surveys like these have a distinct use for political parties.

MOTN Survey conducted by India Today [a relatively neutral channel] for the month of Jan 2022 and the findings were released yesterday. We also have to remember these surveys were conducted at a time when the petrol prices are high, food inflation is high and a third wave of COVID raging.

If the elections were held today, then NDA is likely to be in a slender majority, but the UPA does not seem to gain significantly. However- BJP can lose the privilege of being a single largest majority and forced to form a coalition. 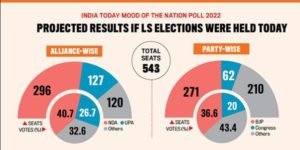 Compared to last time the number of people who are satisfied with the overall performance has gone up. However the same holds true for people who are not satisfied as well. This means people are fast taking stands and not content with being “neutral” in their politics. 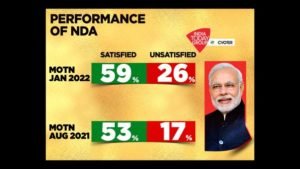 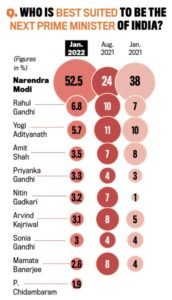 On the current crop of Opposition leaders, Mamata and Kejriwal come on top, above Rahul Gandhi. 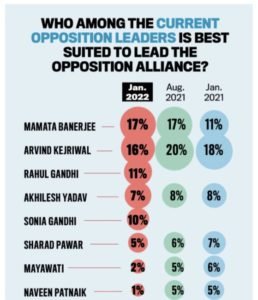 The biggest success of Modi Govt. has been the COVID pandemic handling , while the biggest failure is price rice and unemployment.

What do these things tell?

by Diaries
Join the Conversation