Had Nehru listened to Shenoy, India would have been a golden bird

Why read this article –

Prashant Chandra Mahalanobis prepared a plan for the economy, on which the opinion of 20 well-known economists of the country was taken in 1955. The Mahalanobis Plan was based on the central planning model of the Soviet Union, that is, the government and government companies would run the economy. 19 out of 20 economists agreed to this plan. Only one person protested. That person was BR Shenoy. Perhaps then Shenoy would have been no less than a villain for Mahalanobis and the economists who supported his plan.

Mahalanobis was a favorite of the country’s first Prime Minister Pandit Jawaharlal Nehru. He was a Cambridge educated physicist and statistician. Knowledgeable of Sanskrit and Bengali literature. But he was not knowledgeable in economics. Mahalanobis himself admitted that ‘I had an inferiority complex about economic matters’.

Shenoy was a well-known economist. In 1929, he took the degree of Masters of Economics from BHU, that too with a gold medal. Then went to England and studied at the London School of Economics. While in England, he and some other economists challenged some of the theories of John Maynard Keynes, which Keynes later accepted as correct. 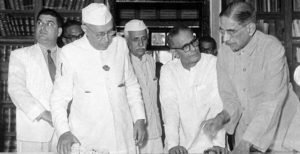 After completing his studies from the London School of Economics, Shenoy returned to the country and joined the Reserve Bank of India in 1945 after teaching in several colleges here. After about 9 years, he decided to teach again and chose Gujarat University for this. Shenoy had proved his mettle in his field, yet his opposition to Mahalanobis’ plan in 1955 went unheeded. Meanwhile, Mahalanobis’s economic plan, inspired by Nehru’s thinking, brought the country to the brink of bankruptcy before the end of the nineties.

To get out of this economic quagmire, due to the economic reforms which the Narasimha Rao government adopted under compulsion and which governments have been taking forward till now, India has become the fifth largest economy in the world today. And on the basis of the policies of free market and foreign investment, India is expected to become the third largest economy of the world by the end of this decade, which was recommended by Shenoy in 1955 itself.

He advised the adoption of free trade more than four decades ago. Before understanding to what extent what Shenoy said proved right, it should be seen what were the flaws in the economic plans of Mahalanobis and Nehru. How did it start and did the Planning Commission have any role in it, which Narendra Modi decided to disband after becoming the Prime Minister? 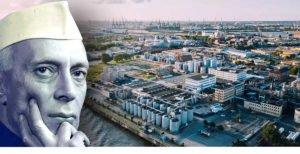 Nehru believed that political freedom means economic freedom. His thinking was also shaped by the form of capitalism he had seen during the British Raj. He had seen that capitalism is weak in India. It is controlled by a handful of people. That’s why he believed that the government will have to bear the burden of protecting the economic interests of the common people.

At that time, a large section of nationalist leaders like Nehru were admirers of the Soviet Union’s central planning and its success. Within two decades of the Communists coming to power, the Soviet Union had become the world’s major industrial power. He had succeeded in reducing starvation. Had earned a big name in the field of science. After defeating Hitler together with the Allied countries in the Second World War, it had become the biggest power in the world along with America.

This was a period when in many countries of the world there was considerable interference of the government in the economy and economic affairs and socialist-leftist thinking dominated. Even after the Great Depression of 1929, the role of government in the economy had increased in America and Britain. In China too, a policy named ‘Great Leap Forward’ was brought under the rule of Mao Tse Tung, whose aim was to make the country a big industrial power. It is another matter that due to this wrong policy a situation of starvation was created in China and a large number of people lost their lives. 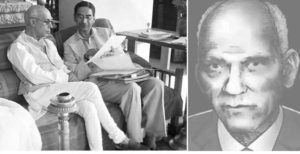 Why Nehru adopted socialist economic policies in such a period can be understood. Not only this, many nationalist leaders also believed then that the country benefits from the interference of the government in economic matters. Lala Lajpat Rai, the leader of the Congress’s extremism, was also involved in this. The only difference is that while Nehru liked the Soviet model, Lalaji was an admirer of the Japanese economic model.

When Lalaji went on a visit to Japan after the First World War, he was very impressed by the industrial progress there. He said that Japan allowed indigenous industries to flourish by blocking foreign capital and companies, which brought about such a change. Even Indian industrialists were in favor of government intervention and investment in the economy. When Bombay industrialists presented their plan in 1944, they also accepted that the private sector would not be able to make necessary investments in areas like infrastructure and agriculture.

In these circumstances, the country’s first government formed the Planning Commission in 1950. Two years later, when the first five-year plan was drawn up, Nehru said, “I have no doubt that we must make India an industrial country as quickly and as far as possible.” Nehru’s intention was right, but for this he chose the wrong path. They handed over the country’s economy to the government, government companies and bureaucrats like this.

Nehru would follow this path, it was already decided before the formation of the Planning Commission. A year after independence, on his instigation, the government passed a resolution regarding the industrial policy. In this, the government was given monopoly in many industries. That too when Sardar Patel was apprehensive about it. Then in 1951, the government enacted the Industries (Development and Regulation) Act. Many wrong policies were given place in this. C Rajagopalachari also opposed it. The free market advocate and veteran Congress leader had then said that this would lead to license permit quota raj in the country.

The dangerous form of this license, permit and quota raj began to emerge in 1955 after the implementation of the Second Five Year Plan on the plan made by Mahalanobis. Government companies did not have the capability to accelerate industrial growth and the private sector was not given a chance to emerge. Due to this, India’s GDP growth for a long time remained at 3 percent, which is jokingly named Hindu growth rate. 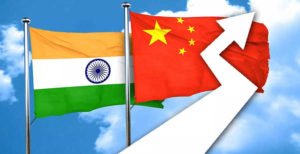 The wrong policies of Nehru-Mahalanobis did not only affect the industrial sector, it also made the agriculture sector miserable. The country was not able to produce enough food grains to feed the people. For this we had to depend on the mercy of other countries. The country was able to come out of this crisis because of the Green Revolution that started in the late sixties. Worse, the poverty reduction that Nehru and Mahalanobis adopted the Soviet model country for the purpose of reducing, that too was not achieved.

Shenoy, who criticized these policies, was proved right. He had said that inflation will increase in the country by taking more loans than the government’s income and investing in public sector companies. Shenoy believed that rapid growth could not be achieved with high inflation. Due to inflation, he also opposed the purchase of grains on the support price. Shenoy had said that even though the government is implementing it by calling it a short term scheme, it would be difficult to stop it. This scheme is going on till today.

Shenoy’s opposition to the dominance of government companies in the economic sector proved to be correct. After liberalisation, the government has exited from many industries and is preparing to exit from many more sectors. There is a consensus on this issue between the ruling BJP at the Center and the main opposition Congress. Even if there is opposition to selling stake in these companies, it is only from the trade unions.

Shenoy should also be commended for the fact that he remained steadfast in his opposition to Nehruvian economic policies till his death in 1979. About a decade after his death, the Soviet Union disintegrated due to the wrong policy of central planning. China implemented economic reforms in time and today it is the second largest economy in the world.

In India too, for a few decades there is a general consensus that the economic policies of Nehru and Mahalanobis were wrong. Many economic experts call Nehru-Mahalanobis villains for this reason, but it is a matter of regret that Shenoy has not yet got the status of a hero. If he had been listened to, India would probably have been ahead of China today.