Dear readers – at the very outset,  one should remember that India is a country where Secularism is assured by the Constitution of India! This Constitution is Vedha for running any government, state or central.

While, so it is a shame on some dirty Politicians in Karnataka to make this Hijab issue blown out of proportions. This shows the congress and opposition guys with some vested interests, will stoop to any low level if they can pick some minority votes and holler some dirty slogans and spread some mis-propaganda. When it is convenient for them they will cry “Oh Secularism”!

An educational Institution is a place where parents send their wards to acquire good education to come up in their lives. While so, where is the place or scope for girl students to enter into unnecessary scuffles with their teachers by sticking to something “preached” by their religion?

Should they show their “Religious faith” only by wearing hijab instead of the prescribed Uniform by the college? It is awful even to think. Whenever an issue is raised we should see – as neutral persons – which side started it first. Why the hell, their parents signed in the Application Form that they will abide by the Rules and Regulations of the College – including wearing Uniforms? How it is justified to violate their assurance later on?

Every action get suitable reaction normally. These girl students are innocent kids and they are used as puppets by some disgruntled and anti-social elements just to create trouble and nothing else. The opposition allies in Karnataka have totally become a rejected and dejected lot because people have kicked them off from the power structures, simply for the reason they show unnecessary bias towards Muslims against Hindus. Particularly in Karnataka I have observed that the Kannadigas are very pious when compared to any other state in following their Hindu sanatani rituals.

As of now the, Karnataka State has ordered that Students are to strictly follow the Rules and Regulations stipulated by the Educational Institutions and the Management of the respective Institutions can take punitive action against those who violate the rule. Also the matter is sub-judice and to diffuse escalations, the educational institutions have been closed for three days. This is squarely applicable to all students – whether Muslim or Hindu! 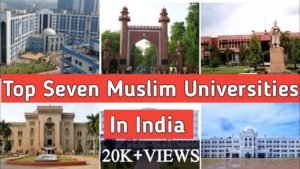 If the Muslim Religious authorities so require – they can prevent Muslim girls going to neutral Colleges and ask them to study in only Muslim Institutions! They won’t for sure! Reason is their religious top-brass in Arab countries are bent upon agitating against BJP and cause confusion in India. The opposition cabal is shamelessly playing to their ploys and tools for picking votes – dirty politics in play!

Islam and Secularism: the conundrum in France