One of the oldest cities in the world and the cultural capital of India, Kashi (now named ‘Varanasi’) would have looked like 100 years ago. It is said about Kashi, the confluence of Shaivism, Buddhism and Jainism that if you want to know India, then come here. India’s antiquity, religion, music, cultural heritage and rich and poor will all be interviewed together.

Kashi is an eternal city of the East, not only for India, but for the whole of Asia. Not only Hindus here, but because of Sarnath, Jain followers from the birthplace of Buddha and Parshvanath tell their city. Raja Chet Singh Fort, Shrikashi Vishwanath, Sarnath, Ramnagar Fort, Birthplace of Sant Kabir and Ravidas, Sankat Mochan Temple, Tulsi Ghat, Banaras Hindu University etc. are counted in the rich heritage of Kashi.

Alberuni has written that in the 11th century Kashi was the center of learning of North India. When Muslim invasions increased across the country, the Brahmins of Kashmir and Punjab moved here. The construction of Ghats in Kashi was first started by the kings of Gahadwal dynasty in the 11th century. 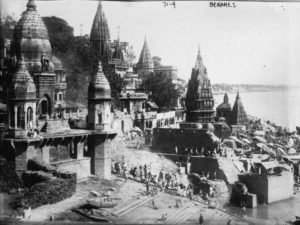 This photo is from 1922 100 years ago today. It is preserved in the name of George Grantham Brain Collection of the Library of Congress located in Washington DC, USA. In this picture you can see Rajghat bridge behind. At that time it was only a railway bridge, but today it is also a roadway. 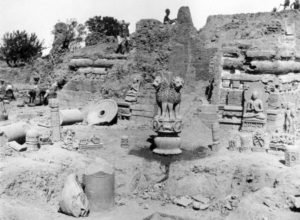 The national emblem of India is a two-dimensional imitation of the crown of the Ashoka Pillar here. In the year 1905, for the first time archaeological excavation was done at Sarnath in Kashi. Cunningham, Director General of Archeology Department John Marshall and Dayaram Sahni got the excavation done here. 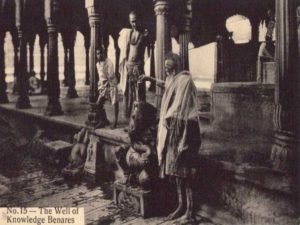 This photo of Shrikashi Vishwanath Temple is more than 100 years old. Sadhus and saints are standing in the temple premises. 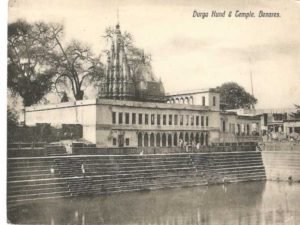 World famous Durgakund temple of Varanasi. This pond is preserved in this way even today. There is a famous temple of Maa Durga here. Where thousands of devotees reach every day. 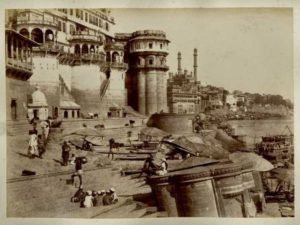 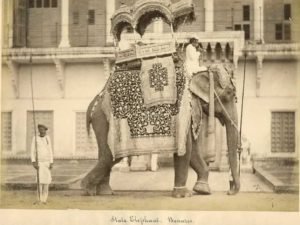 This picture is from Ramnagar before independence. The King of Kashi used to ride on an elephant and go out on a city tour. 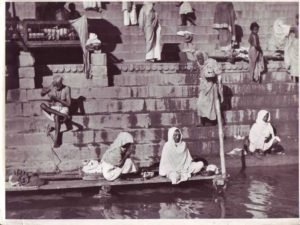 This picture is from the year 1940. People are absorbed in the posture of meditation at the Ghat of the Ganges. 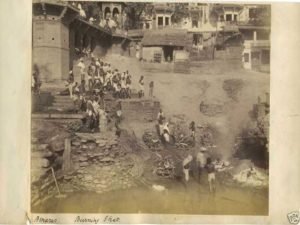 Manikarnika Ghat of Varanasi: The last rites are performed here since ancient times. This picture is from 1930. 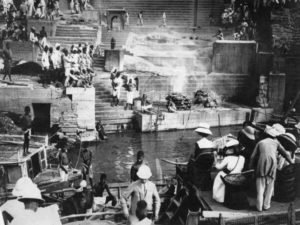 British officers watching the burning pyre from a boat at Manikarnika Ghat in Varanasi. 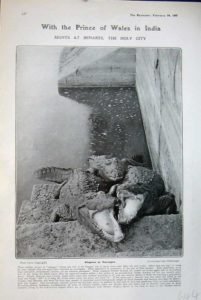 100 years ago, crocodiles were so many in the Ganges in Varanasi that they used to come to the shores too. 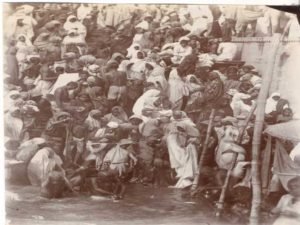 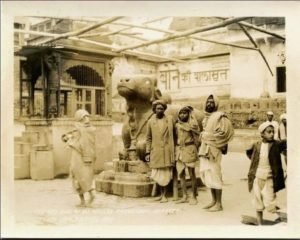 This picture is from the year 1929. Local people standing near the statue of Nandi Maharaj in Shri Kashi Vishwanath Temple Complex. 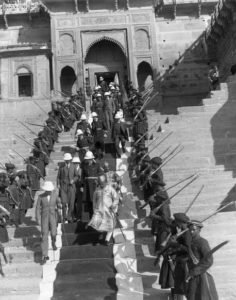 Kashiraj and a team of British officers coming out of the fort located in Ramnagar of Kashi. During this, the security arrangements were kept very attentive.

TWELVE JYOTIRLINGAS – THE MOST POWERFUL AND AUSPICIOUS FORM OF BHAGWAN SHIVJI