Hari, the imperishable lord, is always to be contemplated upon by those who meditate on him. Without him staying at Dvaraka, the Ocean flooded the City of Dvaraka.

I am describing the Avatar of Vishnu as Buddha, by reading and hearing which one gets wealth. Once in the battle between devas and asuras, Devas (Gods) were defeated by the Daityas (demons).

They sought refuge in the Lord saying, “Protect us! Protect us!”.
He (Lord Vishnu), who is of the form of illusory delusion became the Son of Śuddhodana (Gautama).

Kalki, as the son of Vishnu-yasa, having Yajnavalkya as the priest would destroy the unaryas (tyrants),
Holding the Astra as his Weapon, he would establish moral law in four-fold varnashrama in the suitable manner.
The people would then be in the path of righteousness in all the stages of life.

Hari, after discarding the form of Kalki, would go to heaven.
Then would come the Krita-yuga (Golden Age), as before.

One who builds One Temple goes to Svarga.
One who builds Three Temples goes to the Realm of Brahma.
The builder of Five Temples reaches the Kailasa Realm of Sambhu (Lord Shiva).
And by building Eight Temples, one reaches in the Vaikuntha Realm of Hari (Lord Vishnu).

He who builds a Temple for Vishnu, Rudra, Surya or the Devi acquires fame.
What is the use of the riches, wealth and gold for an atheist person?

If one does not want a Temple for Krishna to be built with his wealth and if one’s wealth could not be enjoyed by brahmanas, devas or his relatives, then his acquisition of Wealth… is Useless. As death is certain for a man, so also the destruction of useless wealth.

One who does not spend his riches for Charities or for Temples is stupid and is being bound even while alive, while the riches are flickery.
Is there any merit in being the “King of Wealth” acquired either accidentally or by one’s effort, if it is not spent for Religion, Fame or for Charity?

One who builds a temple goes to Heaven and never goes to Hell.
Having elevated a hundred of his ancestors, he conveys them to the World of Vishnu (Vaikuntha).

Yama said to his servants:
Those men who build Temples of Gods and adore the murtis are not to be brought to Hell. Only bring them to my view, who have not built any Temples. Move around in the befitting way and execute my directive!

A Linga made of cloth is worshiped for the sake of wealth. It is known as temporal.
The Linga made of earth or soil is either burnt or half burnt of which the former is better.

Hara (Lord Shiva) should be worshiped everywhere.
The worship gets completed only by the worship of the Linga.
A Linga made of stone or wood should be of a cubit length.

The Continent of Bharata extends to one thousand yojanas from north to south.
There are nine divisions of the Bharata lying around the central part.

The Kirātas (tribal groups) are in The East.
The Yavanas (foreigners) are in The West.
The Brahmanas and others devoted to the Vedas and smrtis are in the central part.

One should always say good. One should never utter that which does not please others.
A seat made of palasha (wood) is prohibited. One should move in the Shelter of Gods.

One should refrain from abusing the Scriptures, the King, the Sages and the Gods.
A woman should not be envious (jealous) of Other Women, or avoid having faith.

Neglecting the Vedas, censuring the Vedas, bearing false witness, backstabbing a friend, eating forbidden food are the six equivalents to the drinking of wine.
The stealing of the entrusted such as a man, horse, silver, land, gems like diamond are remembered to be equivalent to the stealing of gold.

An obedient Prince should be engaged in all posts of authority.
The King should avoid hunting, drinking and playing dice — all that destroys the kingdom.

The King should avoid passion, anger, haughtiness, pride, greed and arrogance.
Then he should win the love of citizens after having first controlled his royal servants.

Then he, the King, should subjugate his external enemies. The external enemies are of three kinds —
Those belonging to the same clan,
those having enmity from the period of the ancestors
and those who have enmity on account of some particular reason.
Among these three each preceding one is greater than the succeeding one.

If a person abuses the sick and men having defective organs, by means of lampoons, whether true or untrue or otherwise, he should be fined thirteen and a half panas. The King should levy a fine of twenty-five panas on the rude person that abuses with rude words like “I slept with your sister and mother”.

The highest sāhasa (punishment) is for offences vilifying and harassing the brahmanas, the King or The Gods.
Middle sāhasa is for abusing one’s own relatives and the members of the village assembly
And the first sāhasa is for speaking ill of one’s own village or country.

This sharp-edged and stainless Sudarshana Disc of Vishnu revolves. His garland of rays is imperceivable.
“May you destroy the evil spirits and those who wander in the night.”

His mace has the lustre of the flames given out by the Sun.
It is capable of destroying the demons, goblins and spirits. 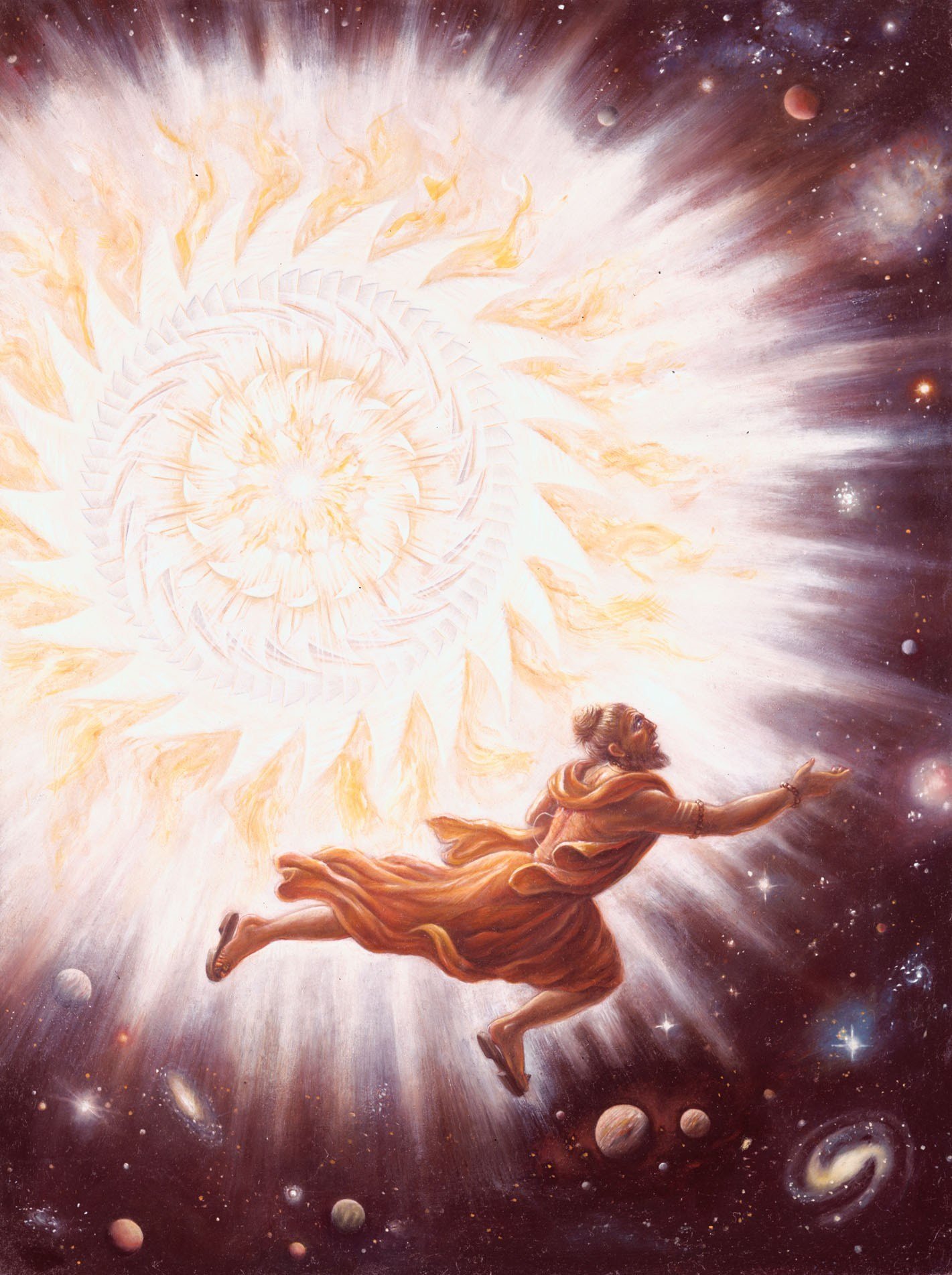 The purity of food is for the sake of digestion.
A good digestion is the root cause of the Strength of Men.

O Skanda! The formula ‘Om Namah Sivaya’ (Obeisances to Lord Shiva) is capable of accomplishing all things. These syllables are commended in the Vedas. The syllables are commended in the world. Śambhu (Lord Shiva) is present at the end of ‘Om’ like the seed of a fig tree as a seal. It is known that ‘Om Namah Sivaya’ is the designation of Īśāna and others in order. One would acquire the collection of formulae by repeating the syllables. ‘Oṃ Namah Śivaya’ is the excellent formula!

A sneak peek into Greatest Education Reform Model of Kejriwal

France to Scour Universities for [Islamo-Leftism] Ideas That ‘Corrupt Society’