Sri Narada said:
In the Smrti-Shastra the Great Sages, who have Vyasa as their leader, explain that The Supreme Lord descends on Earth (as Avatar) in Six Kind of Forms :-

The Lord’s original, Paripurnatma Form is Shri Krishna and no one else.
Coming to this world to execute one mission, He executes millions of missions. 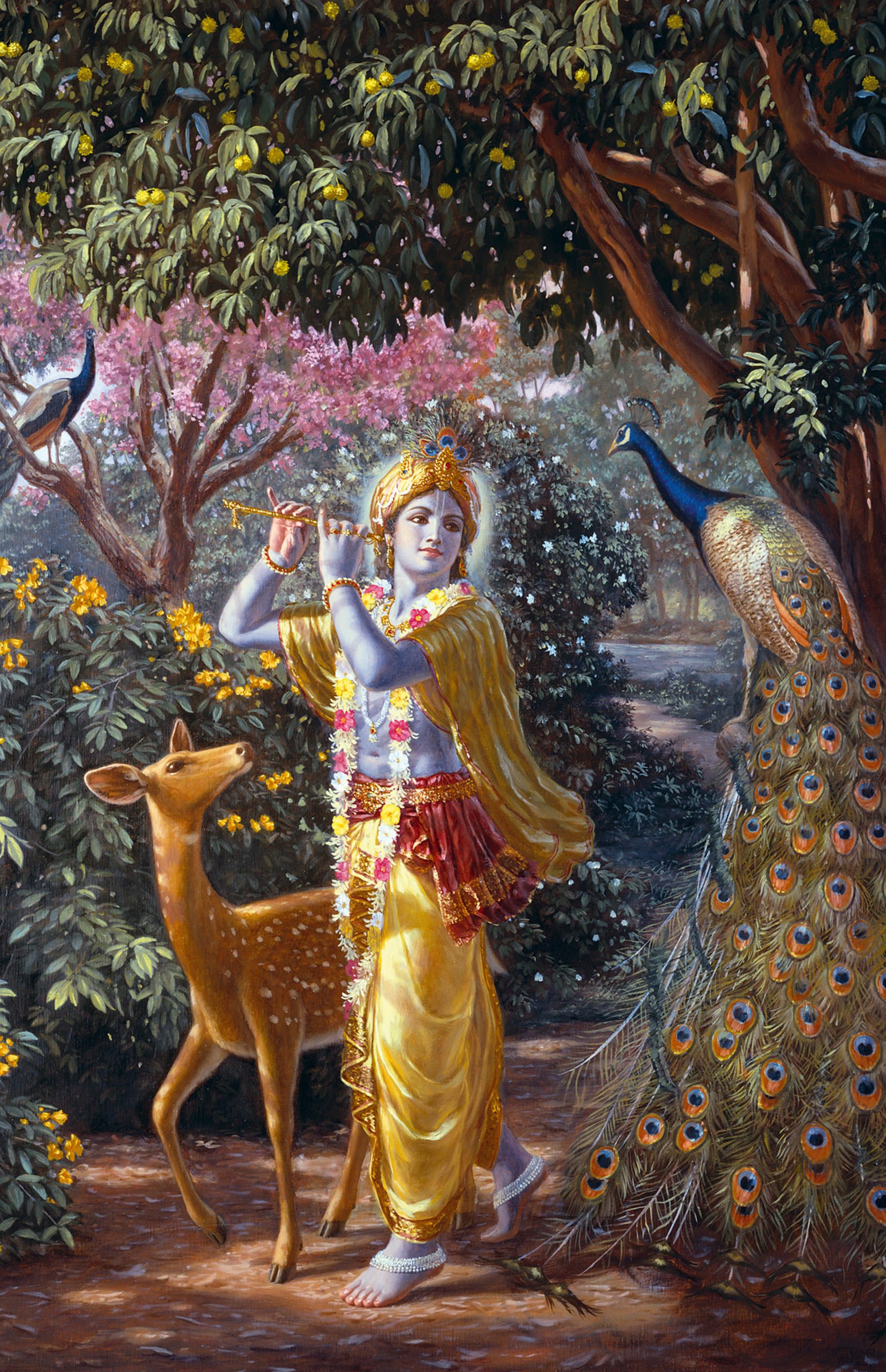 When they saw that the Many Universes were like many kutaja fruits bobbling in the gigantic Karana Ocean, they all became frightened and surprised.

The Devas said: Obeisances to Sri Krishna, who is the Supreme Personality of Godhead, greater than the greatest, the master of sacrifices, the cause of causes, the partner of Radha, the most perfect, and the Lord who resides in Goloka. The masters of yoga say You are the Brahman effulgence, and the great devotees say You have a form. Today we understand Your feet. Obeisances to You, the master of the Brahman effulgence.

O Lord, they who reject to serve Your Lotus Feet, and instead visit sacred places, perform sacrifices and austerities, and try to get materialist studies are stopped by a host of obstacles. How miserably will they fail. 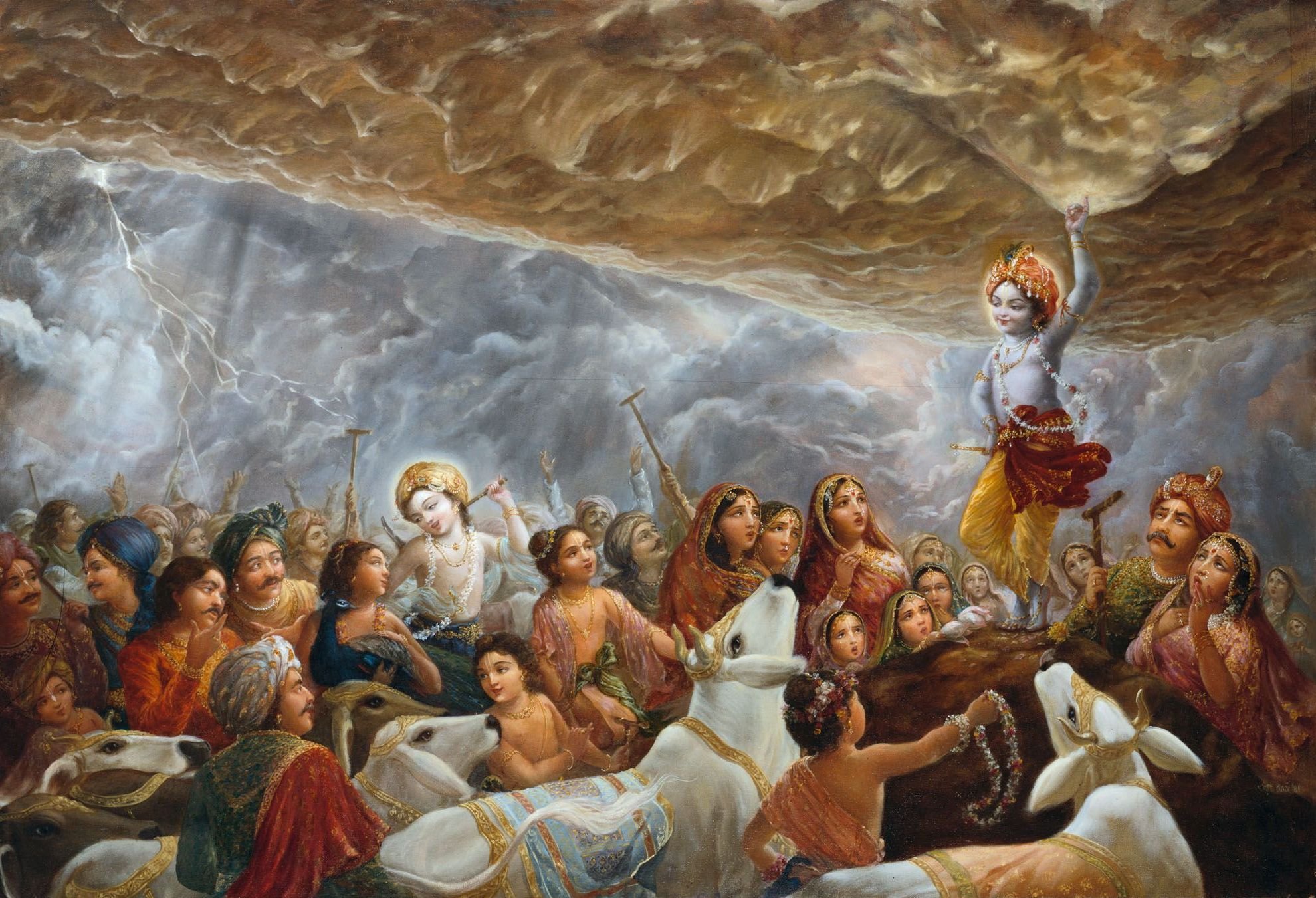 The Vedas are My Words.
The Brahmana Priests are My Mouth.
The Cows are My Body.
You Devas are My limbs.
My Devotees are the life-breath in My Heart.

Millennium after millennium, whenever the blasphemers stop Religion, Sacrifice, and Mercy — I Descend Myself.

A partial incarnation of kali-purusha will descend as Duryodhana. Soma will descend as Abhimanyu. Rudra will place His own form on the earth as Drona’s Son. In this way, by My order, the Devas will take birth in the families of the Yadus, Kurus, and other human kings.

Whenever in the past I incarnated in the world, the Goddess of Fortune (Goddess Lakshmi) would also incarnate as My Queen.
This time she will incarnate as My sixteen-thousand queens.

A hundred times the demon-king Kansa uprooted the mountain, held it high, and set it again in its place. When he saw Lord Parashurama, who was as effulgent as Surya (The Sun) during Pralaya (Cosmic Dissolution), and whose eyes were now red with anger, Kansa immediately bowed his head before the wise sage, circumambulated Him, and fell at His Feet.

There, eager to fight, Kansa said to Narakasura, who was a son of the earth-goddess, and Pragjyotisa City’s very powerful king,
“O king of the demons, please give me a fight. If you are victorious, I will become your servant. If I am victorious I will make you my servant.”

The word “vasu” means “The Senses”, and the word “deva” means “Lord of The Heart”. Because He acts within the hearts and senses of the living entities, He is known as Vasudeva. 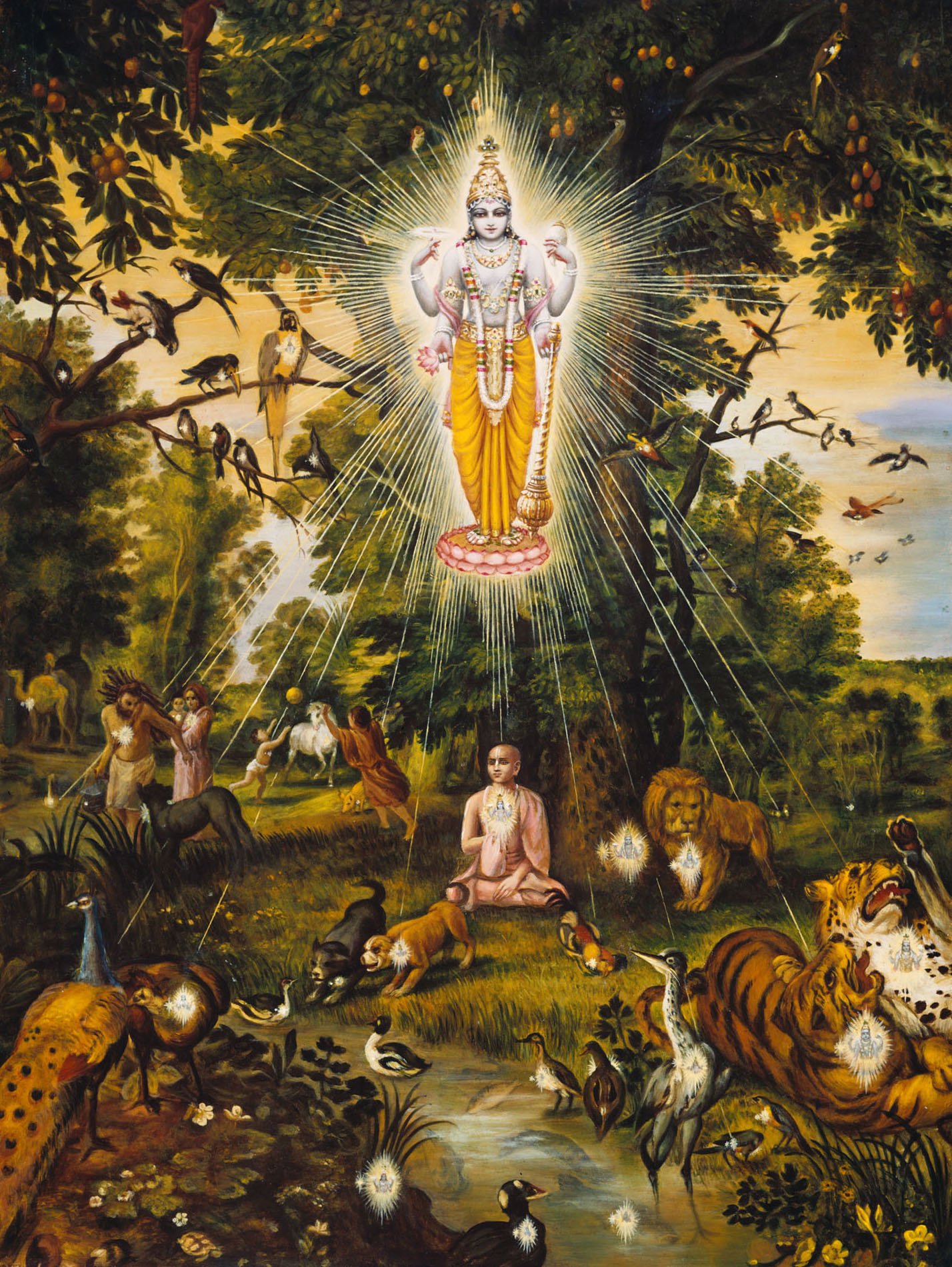 The sage said: With all my heart I bow down before Nanda’s gently-smiling, sweetly graceful, handsome son, whose large eyes are hundred-petal lotuses, whose lips are bimba fruits, and whose complexion is splendid as a blue monsoon cloud.

I offer my respectful obeisances to He who, decorated with anklets and ornaments, a belt of nine jewels, a beautiful necklace, and a string of lion’s nails, glorious with dots of black musk, and His glance removing all sufferings, plays as a child on the Yamuna’s shore.

Obeisances, obeisances to You, who are Balarama’s companion and Nanda’s son, whose bowed head is a lotus flower, and above whose face, which is like a Full Moon, are curly locks of hair, glistening like new dark clouds.

Nanda’s son (Shri Krishna) happily comes within the vision of a person who rises early and recites these prayers glorifying Him.

The activities of the Lord’s previous incarnations are all very auspicious.
Still, Lord Krishna’s activities and past-times are the most pure. 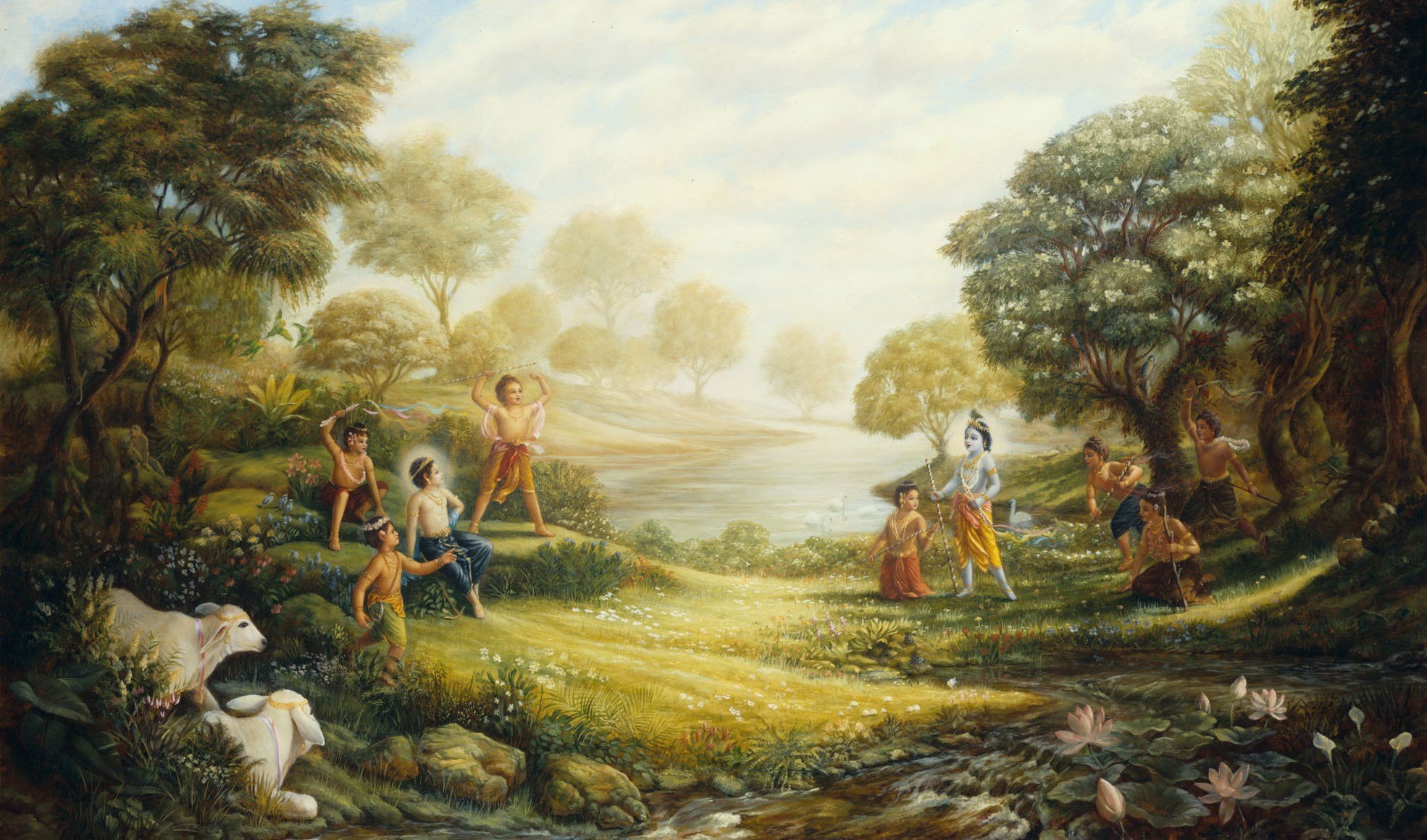 What are The role of the Varnas

Why a Hindu Temple is different from other places of worship? (Part 1)

The Eternal Significance of Diwali