If we write the history of South India, it is not possible without the mention of this dynasty about which very few people of North India are properly aware of. This dynasty ruled from Bengal to South India and other countries of the far south. From administration and architecture to Tamil language, everything got new heights during the reign of the kings of this dynasty, who ruled for nineteen hundred years. Now upon this Chola dynasty, a film has been made at a cost of around five hundred crore rupees.

The truth is that, this article isn’t a film review, but to understand the subject of the film better, it is necessary to consider the importance and depth of the subject. We are talking about the country’s well-known filmmaker-director Mani Ratnam’s film ‘Ponniyin Selvan-1‘. The theme of the film is Chola Empire. The Chola rulers initially ruled over some areas of present-day Tamil Nadu and Andhra Pradesh and later became the rulers of vast tracts of land and waters. The film is based on Tamil novelist Kalki Krishnamurthy’s novel Ponniyin Selvan. First his story was published in a weekly magazine from 1950 to 1954, then in 1955 it was published as a novel in 5 books. It is being claimed that this film with actors like Aishwarya Roy Bachchan and South’s superstar Vikram might be the most expensive film ever. 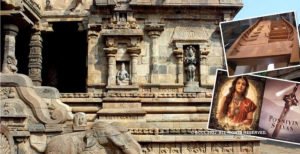 History of the Chola Empire

Talking about the Chola dynasty, its period is even before the Chanakya and Maurya dynasty. Among the early kings, Karikala, who followed the Vedic religion, became the greatest king. His rule is believed to be around 190 AD. He established a powerful Chola Empire. But not much is known about the history of the Cholas for five-six hundred years after the Karikala. Yes, it is certain that they were feudatories of the rulers of the Pallava dynasty and their presence remained at the local level only. This remained so until Vijayalaya once again strengthened this dynasty in 850 AD.

The achievements of the Chola Empire range from inscriptions of Ashoka, coins, beautiful copper sculptures, many huge temples and lakes. The period between 300 BC to 300 AD is called the Sangam period. Tamil language developed into a complete language during this period. This period also testifies to the struggle of the Cholas and their achievements. 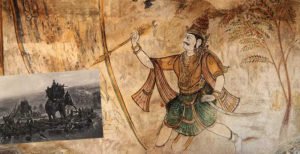 The rule of the Chola dynasty is believed to be the longest, not only in India, but in the whole world. The beginning of the rule of the Cholas is considered to be from 300 BC. He ruled till 1279 AD. Rajendra III (Rajendra -III last king of Chola) became its last ruler. In this way it is such a dynasty of India that ruled for about 1600 years. Although some historians consider the beginning of the Chola dynasty to be 600 BC. Accordingly, the Cholas ruled for 1900 years. Even if we consider it as 1600 years, neither the Sultanate period, nor the Mughal period nor the British rule survives before the Chola dynasty. The Chola Empire was re-established by Vijayalaya. Of all the subsequent Chola kings, Rajaraja I and his son Rajendra I were the most powerful Chola kings. The credit for establishing successful rural administration is also given to the Chola kings.

The navy of the Chola kings was very strong. They brought present-day Sri Lanka, Myanmar, Maldives, Cambodia, Malaysia and Taiwan under their flag on the strength of their strong navy. One can understand it in this way that a much larger area than present India was ruled by the Chola kings. The present area of ​​India is 32 lakh 87 thousand 263 square kilometer. The area under the control of the Cholas was more than 36 lakh square kilometers. However, it also contained a large part of the ocean. The Chola Empire was at its peak in the 11th century under Rajaraja I and Rajendra Chola. The Chola Empire is also called the only maritime kingdom of India due to its occupation of vast maritime territory. Their boats were so big that they used to take two or three elephants together and landed in the sea. It was the specialty of the Cholas to attack other countries by carrying elephants in boats. 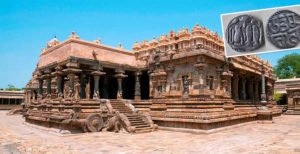 The British, Spain and France all fall short before the naval capability of the Chola kings. Vipul Singh, professor of history at the University of Delhi, explains, “The history of long sea travel in Europe dates back to the late 15th century, when adventurers like Columbus and Vasco da Gama set out to explore the sea routes. At the same time, the great Chola kings Rajaraja I and Rajendra Chola had conquered the far south countries like Malaysia, Cambodia, Maldives on the strength of their powerful navy in the 11th century. What we call the Bay of Bengal today was once called the ‘Lake of the Cholas’. Rajaraja had won half of Sri Lanka. His son Rajendra Chola I conquered it completely. Therefore, when the novelist Kalki was writing about the Chola kings, she also visited Sri Lanka several times for more information.

The kings of this Chola dynasty conquered Bengal for Gangajal. The Chola king Rajendra I defeated Mahipala, the ruler of the Pala dynasty in northern India. Alok Prasad, professor of history at Allahabad University, says, ‘Rajendra I defeated Mahipal. At that time Bihar and Orissa were also included in Bengal. Rajendra I brought Gangajal from Bengal and had the Brihadeeswarar temple at Tanjore in Tamil Nadu washed with Gangajal. After this victory, Rajendra I also assumed the title of ‘Gangaikonda’. It is said that this attack was done only to get Gangajal and the defeated kings had to carry Kalash filled with Gangajal on their heads.

Concubine Culture of the Ottomans

LALITADITYA MUKTAPIDA OF KASHMIR : AN UNTOLD STORY OF HINDU GLORY