Total four people which includes three Chinese nationals were killed in the blast which happened inside the primises of Karachi University in Pakistan. The Chinese nationals who got killed in the attack used to teach Chinese at the IBA institute inside the Karachi University. Separatist group, Baluchistan Liberation Army who are constantly fighting for freedom has claimed responsibility and also said the attack was carried out by the woman suicide bomber. The name of the suicide bomber is Shari Baloch. She completed her B.Ed in 2014 & M.Ed in 2018. She was post graduate in Zoology. Also did M.Phil from Turbat campus of Allama Iqbal Open University. She had a Daughter & a Son(both 5 yrs old). Her husband is a Doctor, father was a Director in Govt of Balochistan. 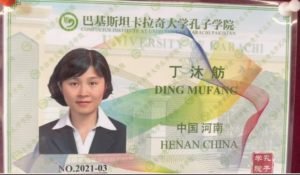 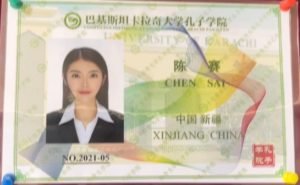 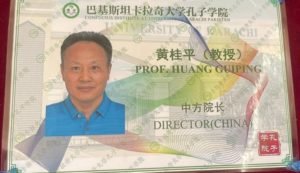 The blast got caught in the CCTV camera. CCTV footage shows the woman in front of the university. She triggered the bomb as soon as the van approaches the gate. The van was completely destroyed in the blast.The woman can be seen standing near a turning where a white coloured van carrying officials of the Chinese Confucius Institute was attacked with the bomb. The slain victims include Huang Guiping, director of Confucius Institute, two other Chinese citizens including Ding Mupeng, Chen Sa and their local Pakistani driver Khalid. Karachi suicide blast that killed 3 Chinese is only the trailer, says Baloch Liberation Army, which has formed a special unit to attack only Chinese nationals in Pakistan. BLA tells China to dissolve CPEC immediately and leave Balochistan.

Let’s look at the contributions of Veer Savarkar in the freedom struggle.