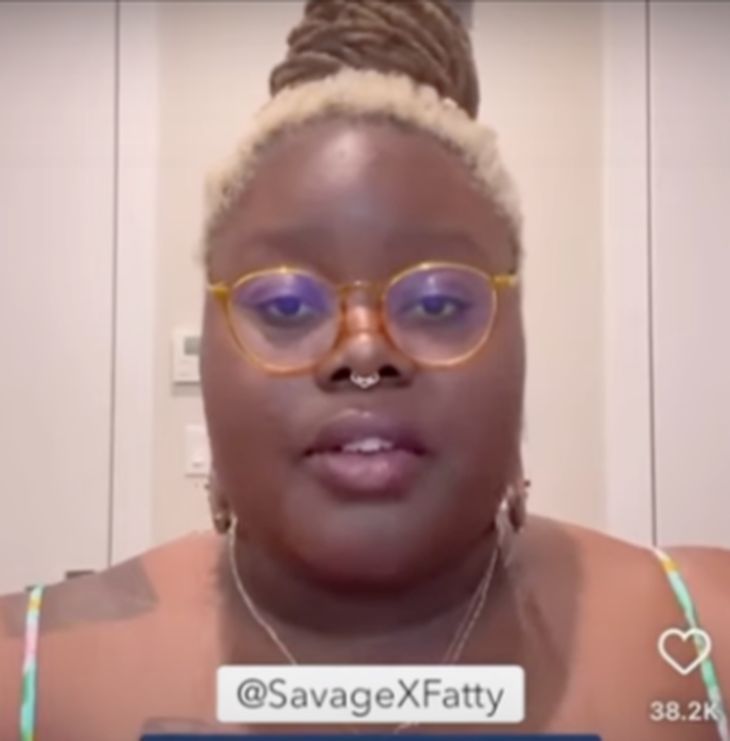 This one intersects a pair of fundamental corporate state interests: woke cultural arson and biomedical profiteering.

The LA Public School District (LAUSD), purportedly for the sake of promoting children’s welfare, published a “food neutrality” propaganda video in which it claimed the “diet culture” is “oppressive.”

(The phrase “diet culture” meaning “not stuffing your face with a kilogram’s-worth of processed carbs daily.”)

The first bit, a cringe sketch routine, goes like this:

Sacred Person of Color©#2: “Those are so bad for you!“

Sacred Person of Color© #1: “Oh no! Are they moldy? Are they poisoned?”

Sacred Person of Color© #1: “You’re judging my food choices based on a false standard of health, again, aren’t you?”

“Diet culture, fatphobia, and systems of oppression have created false hierarchies of food and it shows up everywhere…”

Sacred Person of Color© #1 returns to bludgeon the listener even harder, as if the original point was too subtle to soak in:

“For instance, harmful thought patterns like earning food through exercising… or that dessert is the reward for the punishment of eating vegetables.”

TL;DR: Encouraging fat people to eat vegetables is racist… or whatever.

(The punishment for not eating vegetables and only dessert, by the way, imposed by nature, is diabetes mellitus and probably an early grave.)

Yet another sacred person of color, this one using the literal handle SavageXFatty, appears in frame:‘We are all incorrectly taught from a young age that our size, and therefore the food we eat, are markers of our self-worth… Morally, food can lead to harmful relationships with food.”Mic drop!

No moral judgments, guaranteed. Shove your favorite GMO corn syrup slop down your throat because you feel like it, and because… diversity and empowerment and whatever.

The Black Nutritionist ties it up:

“Instead of focusing on ‘good’ and ‘bad’ choices, try to approach food with neutrality in mind.”

SavageXFatty squeezes in for an encore bombshell—a radical take on the systemic gaslighting that nutritionists have foisted on marginalized communities like fat people with impunity for far too long: “The only foods that are bad for you are foods that contain allergens (intolerances), poisons, and contaminants… or food that is spoiled or otherwise inedible.”

There you have it. The Black Nutritionist herself liberates epigenetic wisdom stolen from her people’s genome by the colonizers: you should literally eat whatever you want all the time because nothing matters and ‘broccoli is the same as a Three Musketeers GMO bar because everything is a social construction.

This is all obviously sound dietary advice that impressionable children need to hear. It’s not at all about alleviating fat women’s guilt about stuffing their faceholes with Mountain Dew© and Lucky Charms so they can feed in peace.

So you get an idea pretty quick about the social engineering agenda at play, because she slaps you in the face with it. Subtlety, again, is a lamentably disfavored art among social justice activists. They pretend to bathe in nuance, yet embrace such crude catchphrases in public discourse.

Kera Nyemb-Diop produces content under the banner of her lifestyle brand, the Black Nutritionist, “a culturally relevant nutrition platform created to empower Black women to better nurture and connect with their bodies.”

She’s been referenced with great deference in such seminal think pieces as “Dr. Kera Nyemb-Diop Explores The Vilification Of Cultural Foods And Why We Must Decolonize Our Plates” and “How To Raise Kids Who Are Healthy Eaters with Culturally Inclusive Foods.”

If what Nyemb-Diop produced was merely mediocre run-of-the-mill intersectional fat propaganda, which I’ve documented extensively, her recruitment by the LA school district to produce “authoritative” nutrition educational videos for children would be interesting but otherwise unremarkable.

Fat propagandists make lots of equally absurd claims every day on the internet, like that MRI machines are fatphobic and forcing horses to convey linebacker-sized women for fun is liberal and loving.

But, there’s a plot twist: The rub here is that Kera Nyemb-Diop, avowed anti-colonialist crusader for social justice, serves in the well-compensated role of Senior Scientist – Nutrition & Ingredient Research for Mondelez International.

Kera Nyemb-Diop is the product of an obscene neoliberal merger of corrosive social justice ideology and corporate profiteering.

There is largely now an indistinguishable agenda shared by the two dominant cultural and political factions.

The corporate state is happy to employ the social justice left to inflame the culture war and radicalize the populist right to justify further weaponizing the police state against it (the populist right being the only potential coalitional force that might muster a successful challenge to global technocracy).

The left also frequently aids in the state’s anti-family, anti-free speech, and anti-nation-state propaganda efforts as well. Antifa footsoldiers enforce the state’s will when necessary.

For its part, the opportunistic identity-obsessed left — theoretically concerned with fighting power — is pacified even in the face of swelling government abuse.

In its shortsighted hatred of the West, the left is currently allowed to run amok on the streets and in the corporate media. It is allowed to censor and demonize and mock its political opponents with impunity, while its opposition enjoys no such privileges.

When the social justice faction of the modern left ceases its utility, of course, it will be discarded. But Western civilization might already have crumbled by then.

Jettison the rot, grow some veggies, raise some chickens, and enlist in a parallel society/economy.

Pashtun: Between Pakistan and Afghanistan