On Wednesday, 27th of July, The Enforcement Directorate once again found a large amount of cash from another flat of Arpita Mukherjee who is considered a very close associate of the Industry Minister of West Bengal Partha Chatterjee. It needs to be noted that Partha Chatterjee was arrested in connection with the school recruitment scam. 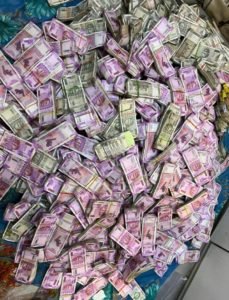 On 23rd of July, The central agency arrested Mukherjee a day after unearthing unaccounted cash worth over Rs 21 crore from her flat in south Kolkata. And this time the agency has discovered a huge sum of cash from another apartment owned by her at Belgharia in the northern fringes of the city. ED agents had to break open a door to get into two flats in Belghoria’s Rathtala locality as the keys of the flats could not be found. An official said.”We have found a good amount of money from one of the flats in a housing complex. We have brought three note counting machines to know the exact amount,”.

During the search, some important documents were also uncovered in the flats. Mukherjee told the ED about her properties in and around Kolkata while being questioned. The agency has been conducting raids at seven locations since Wednesday morning.

What is ONDC and Why is it so Important?