Raja Bhoj was not any person but a vision, an idea, and ideology and always remember the real ideals in its true sense never dies in the course of time, Raja Bhoj was not only a king but was a multi-faceted visionary, he was an able administrator, renowned poet, influential writer, a philosopher, known engineer, and a charismatic and uniting leader. Starting from his childhood days, At the age of 7 years he was sent to gurukul to attain education, in the gurukul the Acharya was astounded and completely surprised at Bhoj’s learning power and grasping skills and because of that Bhoj finished the study of all the Vedas and various other ancient Hindu scriptures at the age of 8 years. Bhoj’s capability was way beyond normal child ability and therefore all felt joyous at that except Bhoj’s Uncle Maharaj Munj who had little jealousy with him. Munj then made a plot to assassinate Bhoj and ordered his army General to kill Bhoj, but his arm general told all the matter to Bhoj, Bhoj then told him to make one idol of him and break it and also write a letter on behalf of me to Munj stating that even by killing me you still wouldn’t be able to get the power in your hands, Munj thought that Bhoj was dead and he realized his mistake of murdering his brother’s son and then took a sword to kill himself then his army general told him that Bhoj wasn’t dead, Bhoj then came in front of him and he hugged Bhoj with affection and repented on his act of trying to kill him and said to him that in hunger for power he got blinded, Bhoj forgave him and after completion of his study in gurukul, he arrived in his kingdom’s capital Ujjain and populace welcomed him with cheers and warmth 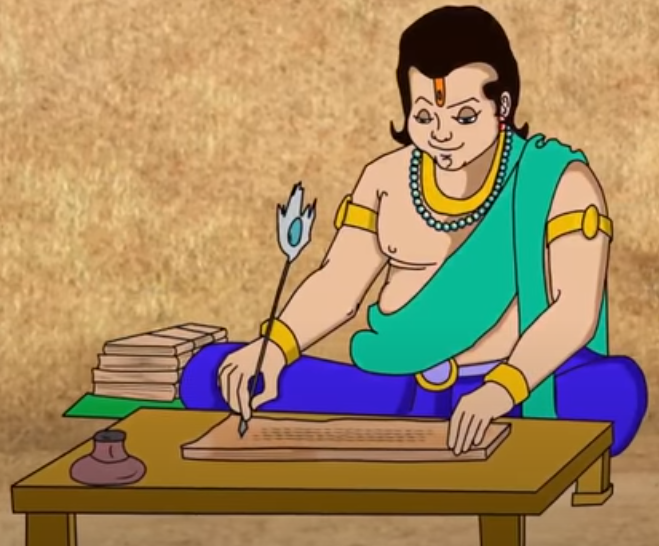 Raja Bhoj during his kingship made numerous fabulous, marvelous, and beautiful temples of many Hindu deities that are revered in every corner of India, one of them is the very famous Bhojshala Temple of the goddess Saraswati in the city of Dhar, from the time of his birth, Raja Bhoj was a devotee of Goddess Saraswati, it is believed that Raja Bhoj invited all the brahmins and construction laborers in the inauguration ceremony of the temple, for about 45 days the ceremony continued with the admiration of Maa Saraswati in the presence of all the four Hindu Shankaracharya, Goddess Saraswati impressed with Bhoj’s selfless dedication, devotion and worship then surfaced and Bhoj got the pleasure to see the sight of Goddess Saraswati, it was only due to his relentless efforts that even today temple has become a site of pilgrimage and known as a very auspicious place, another temple he built is of lord shiva in the sprawling city of Bhopal which is known as a Bhojpur Temple, this temple is very prominent in Madhya Pradesh due to the presence of world’s tallest Shivling in the temple, he along with Bhim Solanki who was the ruler of Gujarat at that time contributed in the rebuilding of Somnath temple, he also made Makeshwar temple, Kedarnath temple, Rameshwar temple, Mundhir temple, he also built many halls in his tenure, the most pronounced among them is the glorious SaraswatiKanth Bharan located in Dhar city, Raja Bhoj had such a deep crave for his culture, tradition and customs which helped Hindutv to solidify in India, he exemplified the real meaning of Hindu Hriday Samrat.

Raja Bhoj also was the first King who laid the foundation of two cities, one is Dhar and the other is Bhojpal now known as Bhopal, he was the one who prepared the roadmap of both cities and due to all of his hard work, diligence, and strong will power for which he was known for, in Bhopal this genius King made man beautiful lakes containing water as pure as the water of Ganga river for the residents of Bhopal, one of them is a very famous lake called Bhojtal which is 32kms long and people of about 500 villages used that lake for their own purposes, the water of that lake had extraordinary qualities which can be understood from the story that once Raja Bhoj got Skin diseases so one of the brahmins told him to take bath in this lake and his skin got cured and therefore a tradition started that this lake’s water would be poured every day on Shivling of Bhojpur Temple, Raja Bhoj had very strong attachments and bond with the city of Dhar that he took the decision to change Malwa capital from Bhojpal to Dhar, this city is known for its cultural richness and every house of that city sings hymns of golden era of Raja Bhoj, not only that he also tried to develop the city of Vidisha and Ujjain as cultural heritage, his most renowned work was the linking of lakes and rivers which helped people to conserve a large amount of water for agricultural purposes, this shows that Raja Bhoj was so much concerned about the common man demands and therefore took concrete steps to resolve internal issues of the kingdom. 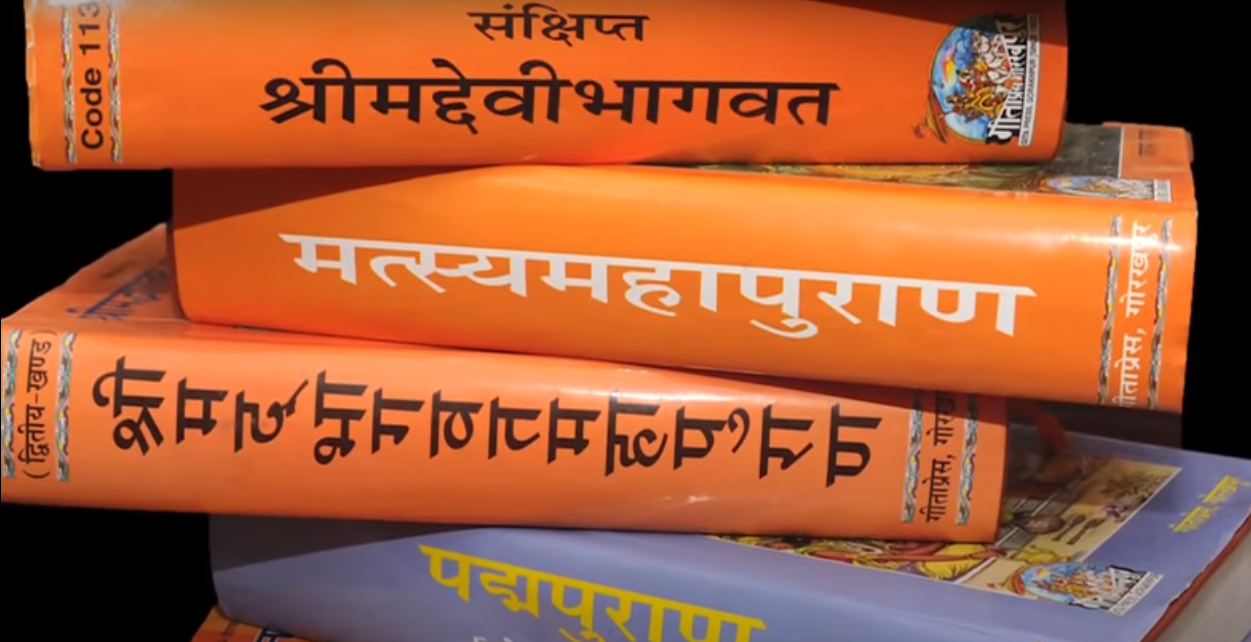 Raja Bhoj was also a scholar which was evident from the various works he did in writing the 84 scriptures on religion, Ayurved, astrology, singing, politics, Science, etc. Some of them are भोजचम्पू’, ‘कृत्यकल्पतरु’, ‘तत्वप्रकाश’, ‘शब्दानुशासन’, ‘राज्मृडाड,चारु चर्चा’, ‘आदित्य प्रताप सिद्धांत’, ‘आयुर्वेद सर्वस्व श्रृंगार प्रकाश’, ‘प्राकृत व्याकरण’,कूर्मशतक’, ‘श्रृंगार मंजरी’, ‘सिद्वांत संग्रह’, ‘राजकार्तड’, ‘योग्यसूत्रवृत्ति’, ‘विद्या विनोद’, he also wrote an autobiography on himself ‘भोज प्रबंधनम्’, the Ramayan which was written by Lord Hanuman was again written by him which is now popularly known as हनुमान्नाष्टक, in his poetic work the most eminent one was the चम्पू रामायण which is still admired by the folks, he also achieved 64 different accomplishments in his life, his tales with Royal courtyard Poet Kalidas still echoes among the native people of his Kingdom, Raja Bhoj had all the 32 traits of an ideal Emperor which former Emperor Vikram Aditya and this story of conformation of these traits in him is well illustrated in a series of a episode called as Sinhassan Battasi, the story consist of 32 idols having lotus in their hand with each 8 of them present in one direction of the King’s throne and one by one they tell her the characterstic of Samrat Vikram Aditya. Raja Bhoj demised in 1060 after the battle with combined forces of the Chalukya and Chedi kingdom which he, unfortunately, lost to them, in the medieval era, the Emperor like Raja Bhoj is hard to get during this era of the modern world, right from his childhood he faced all the hurdles in his life very bravely and never compromised with his principle faith and ideals, never bowed down to any enemy and his empire was synonymous to the ancient ram Rajya where there was justice for all, no one was poor and education for all which culminated in the formation of strong, vast and unbeatable Malwa empire, Raja Bhoj had shown us the way for the future events, during his lifetime he lived like a lion and died like a brave chivalrous, such was the epic voyage of the Emperor of India, the purpose of our series on Raja Bhoj was only to enlighten the masses so that they could give the position to our historic heroes which they merited, Raja Bhoj’s life would inspire us at each and every moment of life and would motivate us to make sacrifices for preservation of culture, beliefs, tradation from foreign invasion and evil forces.

Story of the four Sons of Guru Gobind Singh