Skip to content
How come the new and improved #Taliban are not getting due recognition for advancing women’s rights?  The former terrorists seem to have been pro-women deep down and all along.  Though they are in the news for all the wrong reasons such as setting fire to/burning off a woman for feeding them burnt food, prohibiting girl kids from attending schools and forcing purdah, the newly reformed former terrorists seem to have been donning women’s attire since their post kafir days.  Upon converting from kafir to a jihadi and taking up advanced 7th century backward practices, the Taliban seem to have truly embraced kurta pajama – a woman’s outfit – as their very own.  In fact, the loonies have come on camera plenty of times and held press conferences in women’s clothes.  If this isn’t the epitome of female empowerment, what is? 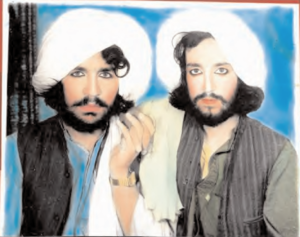 Perhaps we have misunderstood these guys all along.  Their unkempt beards, inbreeding practices and ‘convert or kill’ war cry have kept us from knowing their true nature.  So what if the Taliban have obliterated women from the public sphere?  They have taken up women’s dresses to show solidarity with their lesser halves.  This counts as justice in the mullah-marxist world, right?  Lipstick under the burkha might no longer be visible but male eyeliner and resting bitch face with crafted beards is a phenomenon that is totally working for these former jihadis.  Sagging boobs?  No bra?  No problem.  These feminists-in-the-making wear bomber vests to properly hide boobage as needed.  The versatile vest also comes in handy as s/he can hide razor blades, knives, and even glocks and grenades.  The multi-pocket vests with strategic patchworks give the illusion of wearing four or six fake tits on the body.  Leave it to these fashion-forward cuddle bears to bring the sexy back in wo/men’s fashion.

Taliban and the Male Gaze

Hunting and murdering gay Afghan men must have a gentler, kinder, motive, right?  Perhaps the desert practices have been stuck with bacchabazi and raping and trafficking of children for too long and only now have turned their attention to hunting adults who are ‘othered.’  This must mean justice, inclusion, end of gender discrimination in adults and children as well as equal opportunity for everyone to be hunted.  Though children are still preferred for the dark arts practiced by mullahs and imams at night.  Talk about ending ageism!  Where can we find a rabid feminist who can normalize this argument and set the narrative for criminal empowerment?
Not only have the Taliban been wearing kurta pajama for a long time, but they have also made these feminine outfits sexy over the years.  These guys have now adopted the practice of showing ankle skin – this is all the rage in fashion when one is fairly covered up otherwise, but teases others through exposing ankles.  Cleavage is out, ankles are in.  Also showing solidarity with the feminist, no-shave movement, the Taliban have been taking pride in parading off leg hair on their exposed ankles decades before the practice was debuted by the French fashion houses.  Dior, Hermes, Chanel, etc., keep struggling in mullah-lands but the Taliban kurta pajama are imposed throughout the desert scene and probably generate more $$ in the Damascus to Kandahar markets than Dior can ever imagine penetrating.
Let us remember to be kind to the Taliban every time we see their ghastly image or hear about the terror they inflict on us.  These hairy teddy bears deserve much more love than the simple male gaze which their sexy attire attracts.  The world should give kudos to these jihadis for being trailblazers and normalizing cross-dressing, accepting homosexuality and inadvertently promoting the feminine.  These new wokes must be on the verge of adopting gender-neutral pronouns.
Taliban – the new feminine gender.  From our mouths to Allah’s ears. 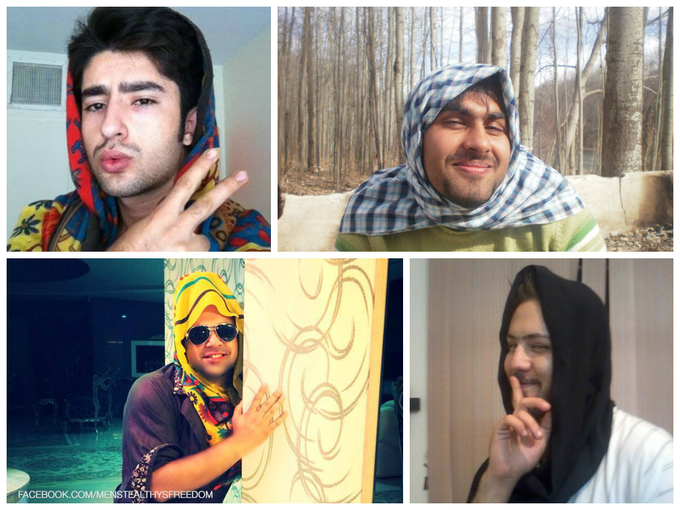 The Association of Assassinated Dictators

Ass. Professor Nidhi would like to thank her supporters