The real Santa Claus, according to Christians, was actually a historical Christian Saint by the name of Nicholas. We get a peek at the genuine Santa Claus through this thread. It demonstrates how his persona was substantially altered by American ads.

Santa is now visible everywhere. He has stickers on. Cakes. Your choice. He is shown as a kind, joyful creature who brings gifts to children. He has pink cheeks, sparkly eyes, and laugh lines. It’s a contemporary invention. Here is how past paintings portrayed the actual Santa Claus. 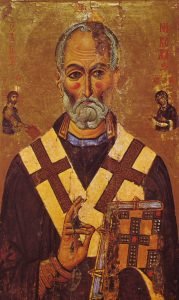 The “genuine Santa Claus” had nothing to do with the Santa of today, who is primarily a product of contemporary commercialism. The actual Santa was a hot-beaded, violent, obnoxious, and intolerable zealot who delighted in destroying non-Christian temples and physically assaulting his opponents.

An early, almost contemporaneous narrative by the name of Stratelatis, written about the year 400, contains one of the earliest references to the “genuine Santa Claus.” The strong praise of Saint Proclus in his Encomium on Saint Nicholas further supports this tale and its plot (c.440 CE)

The “Santa Claus” who appears in these earliest reports defends certain inmates. He cautions and threatens the emperor Constantine “Constantine, let the inmates go. If not, I’ll incite a rebellion against you and feed your corpse and internal organs to wild animals.” 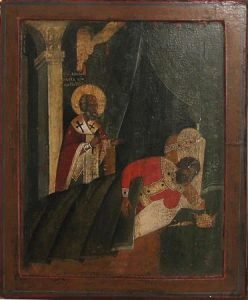 He also makes threats against Ablabius, the local governor: “Release those three men, Ablabius. If not, you will fall ill and finish as food for worms, and your whole family will perish evilly”. It seems unlikely that Santa Claus would issue death threats in today’s world.

Christian traditions claim that “Santa Claus” attended the Council of Nicaea, which was called by Emperor Constantine. He slaps Arius, a fellow Christian minister who had rejected the dogma of the Trinity, in this council. He was momentarily detained for this violent assault. 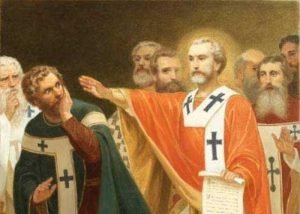 His early Hagiographers, like Andrew of Crete (8th century) and Michael the Archimandrite, made reference to this act (9th century).

The actual Santa Claus originated in Myra, which is now Turkey. Great Artemis temple was located in Myra. It was comparable to Ephesus’ Artemis Temple, one of the Seven Wonders of the Ancient World. Every non-Christian god was viewed as a monster by Santa Claus. He led an assault on temples.

Constantine became the first ever Christian emperor in history at this period. Santa Claus took full advantage of the chance and used his own hands to smash the temple of Goddess Artemis. An image of St. Nicholas/Santa Claus destroying the statue of the goddess Artemis is seen in a Christian painting. 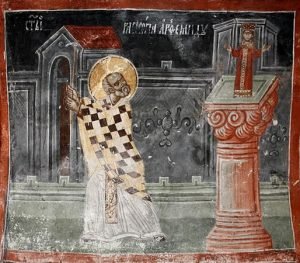 The original Church of Saint Nicholas/Santa Claus, which is located in his homeland of Myra, still houses the fragments of the enormous temple of Artemis (Turkey).

Christian traditions claim that Saint Nicholas/Santa Claus destroyed hundreds of pagan temples. In the eighth century, Andrew of Crete praised Santa Claus as an architect. “For destroying idols and erecting churches in their stead.”

One has to stop and ask at this point. Where are the kids’ Santa Claus? Who is the source of the children’s gifts? Where is the holiday season? When will it snow? Where are the reindeer and sleigh? The Santa hat has vanished. The elves have vanished. His reconstruction in the present day is accurate!

Even before the Coca-Cola campaign, the image of Santa Claus started to be replicated in the 19th century. Around 1850, the reform era, Santa started to take on his contemporary form. He inks kids in this artwork with black paint. He begins to resemble a contemporary Santa Claus. 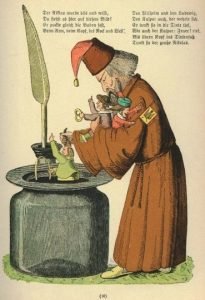 Who changed how people think of Santa Claus? Coca-cola asserts on its official website that its 1931 commercial, which included Santa Claus, transformed the character. Even though numerous attempts were made during the 19th century, this advertisement had a significant impact. 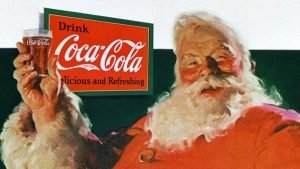 Surprisingly, the large jovial man that we are familiar with first appears in a 1931 Coca-Cola commercial. Coca-Cola was responsible for spreading this contemporary image. Santa Claus was therefore created in advertising, not in heaven.

When Santa Claus was portrayed in a red-and-orange robe before the Coca-Cola advertisement, it was quite infrequent. He was commonly depicted wearing all-white attire, as befitted a bishop. The red of Coca-cola is responsible for the popularity of his costume.

Summing up, Santa Claus is an evangelical figure who used deceptive tactics to attract the public’s attention with the only aim of conversion.