The whole #NupurSharma episode exposed, YET AGAIN the utter and shameless hypocrisy of all ISLAMISTS and their apologists of India.

These self declared intellectuals (who in 2022 believe that a man sliced moon in half and flew on a donkey to heaven ) and some even believe that that LGTB should not be accepted despite studying in UK and LSE (yikes) .

These people spend half their lives and all their 2.45 grey cells into attacking hindus , calling MODI , BJP , RSS as islamophobic , terrorists and what not .

The recent #NUPURSHARMA episode has given them more ammunition to attack Hindus, BJP , RSS with even more venom and more openly .

SO let me ask you all so-called angels of peace , who defend a man who had sex with a 9 year old ayesha, WHEN HAVE YOU EVER CALLED OUT CHINA of the ongoing genocide of Muslims ?

The genocide of Muslims in china is a known fact world over .

I searched all their tweets, only 1 very old tweet from rana Ayyub , no tweets from anyone else. SO WHERE ARE YOU CRIES AGAINST ISLAMOPHOBIA NOW ?

No balls to attack China , call them out (just like OIC and ALL Muslims countries who lick ass of china and turn a blind eye and even deport Uyghurs back to china . 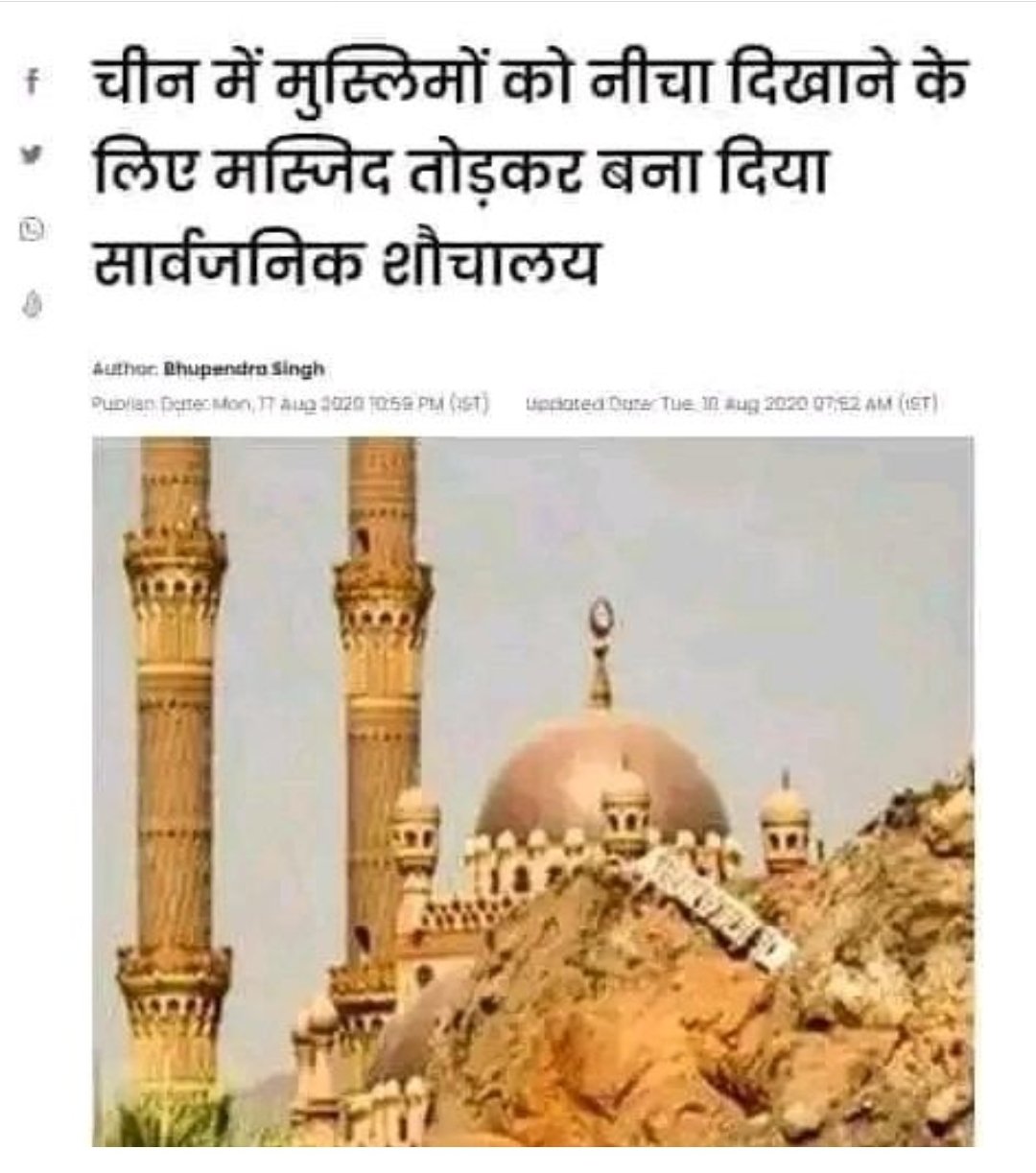 SICK . I mean what HYPOCRITES , SHAMELESS .

There sia a Shia genocide going on in pakistan and Afganistan . NO BALLS or SPINE to call that out.

Sunnis are oppressed in Iran. No Spine again .

These seld declared intellectuals  who do global level rabble rousing if a hindu accidently slaps a muslim , but will NEVER talk about the persecution of Hindus, SIkhs, Christians in pakistan , Bangaldesh , Afgahnistan. Yes some random lip service tokenism tweets ,

While they may argue that why should they talk about internal matters of Pakistan , Afg and Bangladesh , then retards why do beat you bosoms like rudaalis when Israel retaiates to Palestinians . That is an internal matter of Palestine.

Never saw ANY of you ever call out Islamic terrorism , but seen you all justify and support these jihadists (like every other moderate, self-declared intellectual Muslim . ) HAHA. So predictable.

No spine to actually call out those who are doing the genocide of Muslims but spew venom non stop on Hindus who are the only community to keep you peacefully , give you all the freedom , special treatment .

And lastly WE ALL STAND BY #NUPURRSHARMA . There si nothing wrong on what she said .

Propeht Humanned married Ayesha when she was 6 and he was 50 and consummated the marriage when he was 53 and she was 9 . I am no sorry I will never accept this as being OKAY in any era , culture or religion . That is SICK AND DISGUSTING . a 53 year old man having sex with a 9 year old is not justified . PERIOD .

Maybe India and the whole world  should indeed learn from China how to treat you creatures.

Speeches will not work…blood will have to be shed!