It was the era when entire India was colonized by the Britishers and the Indian populace eagerly wished to liberate from the rule of foreign powers for which Nationalist freedom fighters like Bhagat Singh, Chandrashekhar Azad, etc were striving by means of violent and aggressive activities whereas Indian political leaders like M.K Gandhi and political parties like Congress, Muslim League sought to get India’s freedom from the colonial forces by the method of constitutional approach and nonviolent protest and peaceful movements against the Britishers. At that time Arya Samaj realized that both Islamic and Christian missionaries are converting Hindus to their own religion by luring them for money or by stigmatizing the Hindu religion calling it regressive and Islam and Christianity Progressive and instilling a false notion amongst Innocent people that by adopting Islam or Christianity you would get to heaven directly, therefore Arya Samaj felt the need of stopping the menace which is mutilating and degrading the Hindu Society from within and therefore Arya Samaj under the leadership of Maharishi Shradhanand Launched Shuddhi Movements for the neo converts of Islam and Christianity giving them a chance to come back to Hinduism not by use of Force or any other Inducements but by understanding the Vedas, eternal truth and cosmos wholeness which is described by all Hindu Scriptures, literature and Philosopher 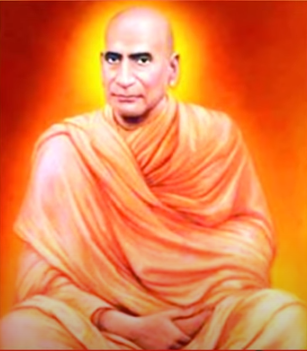 Congress leader Mohandas Gandhi criticized Swami Shradhanand for the start of Shuddhi Movement and stated that this type of program dismantles the Hindu Muslim relation In India, Many Muslim leaders in the Congress like Muhammed Ali who were considered as the close associates of Gandhi reviled Arya Samaj, Gandhi Asked Swami ji to stop this Shuddhi Movement as there is no need of re converting those who have changed their Religion, Swami ji then asked Gandhi that he would stop Shuddhi movement but only on one condition that the Muslim will have to stop their work of Tabligh ( An obligatory duty in Islam on Muslim to convert Non Muslim to Islam), Gandhi remained silent on that proposal which connotes that he couldn’t gave assurance that Muslim will stop their Islamic deed of Tabligh, Gandhi now openly started demonizing Arya Samaj through his articles in newspaper and in his evening prayer gathering, This was nothing but appeasement of Muslims by Gandhi since he never uttered single word against Tabligh of Muslim organisation and exclusively antagonising Shuddhi Movement, Muslim perceived this appeasement politics of Gandhi as his weakness and they thought that Gandhi would always support Muslim in the name of restoration of Hindu Muslim Unity, then came a sudden storm in the Indian politics which shook all Hindu politician and Gandhi when his son Hiralal Gandhi converted to Islam In Nagpur and in the congregation in mosque of Mumbai, Islamic preachers announced publicly that son of the Leader of India’s Freedom movement Gandhi has embraced Islam and his new name is Abdulla and he has left Hinduism 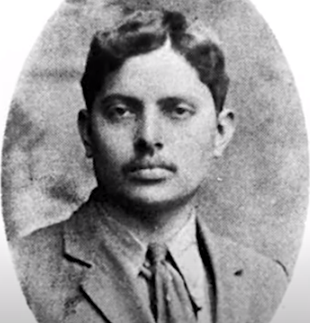 Mohandas Gandhi’s Elder Son name was Hiralal Gandhi who had many differences with him on various issues both involving personal and private life, Hiralal Married with Woman named Gulabo Devi and had 3 sons and 2 daughters, he was deeply frustrated with Gandhi and Islamic preachers approached him with an intention of converting him to Islam as he was the Son of great political personality of Indian politics and once he will be converted to Islam then it will be firmly established that Islam is more superior than Hindu religion and entire India would islamize within few years, Islamic preachers told him that once he will become a Muslim then he can have sexual intercourse with his own daughter, Hiralal behavoiur was also very suspicious which was evident from many letters of Gandhi citing his weird unusual nature therefore he willingly embraced Islam and sexually exploited his own Daughter whose name was Manu in such a way that her private parts got wounded and she went to hospitals for her treatment, Gandhi was very anxious and feeling helpless and he eagerly wanted his Son Hiralal to comeback to Hinduism and for that he wrote letters to Many Muslim leaders asking them for their help and told them that Islam would not get anything by converting my son, on the other hand Wife of Gandhi, Kasturba Gandhi pleaded to Arya Samaj to trace her Son back to the folds of Hinduism, Swami Shradhanand assured her that they will do their best to reconvert him, few years later Same Gandhi criticized Arya Samaj for all its religious activities and when at times of tribulations and overwhelming sorrow that has been inflicted upon Gandhi family, it was only Arya Samaj which came at the forefront to rescue their Son from the confinements of Islam.

After accepting Islam without knowing its real dimensions, Hiralal Gandhi started to feel that the concepts and teachings of Islam are in contrast to the humanity and the idea of liberty, freedom, and brotherhood, Arya Samaj then started many gatherings in Mumbai on the topic Superiority of Vedas over Islam, Hiralal Gandhi attended them and his minds, feeling and thinking towards every aspect of life transformed in a way that one thing got clear in his minds that Only religion of God is Hinduism which has answers to each and every query of Human life, he then expressed his desire for reconversion to Hinduism, it was a big victory for Arya Samaj and they got delighted that Muslim dream of converting entire India To Islam would be preempted by his conversion. In the Congregation of Arya Samaj which was held at Mumbai, Hiralal gave a terrific and outstanding speech which drew everyone attention regarding his reconversion

You People must be wondering why I converted back to Vedic Hinduism after Adopting Islam as my Faith, I cannot resist Myself to express my intention and thinking On religion, For me, religion is not only characterized by its spirituality,principles, and values but also by the manner of the followers of that religion, tradition and customs and its impact on social, political spheres of life. That’s the reason why I accepted Islam so that i can experience it but as I realized the real nature of Islam and what I saw among the Muslims who encouraged me to adopt Islam was in contrast to what was told to me before conversion, so now I have decided to comeback to my original folds of Hinduism

Story of how Puri priests’ blunder led to colonialization of Odisha by Islamic invaders?