16 Christians from the village of Pynursla, according to Sri Samrat, converted to Hinduism. They are all members of the local Khasi community. Puja, religious rites performed according to their beliefs, and clothing donations.

Since these Christians came from various villages, ISKCON and HVP collaborated to run the Ghar Waapasi Shuddhi program.

They acknowledged returning to Hinduism by signing an affidavit.

The Affidavits states: “I have been influenced by Teaching, preaching, and customs of Sanatan Hindu Dharma. I have been practicing the Hindu way of life for two years and now I feel I should leave Islam and thus I adopted Hinduism. I shall be leading my life as a Hindu person and I will have remained a Hindu having full faith in the Hindu religion.”

There is no force, fraud, undue influence, or coercion for taking the above decision of reconversion. 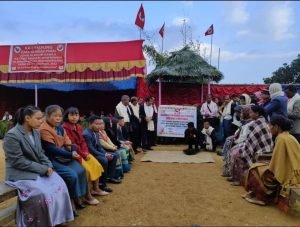 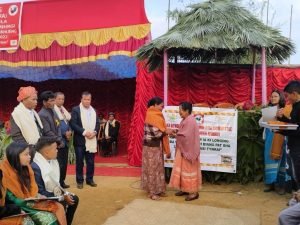 Our Pracharaks emphasized the Bible’s most absurd claims regarding incest and sexual promiscuity when speaking with Hindus. They read aloud from the Bible in order to plant a few seeds of doubt on what they refer to as the holy Bible.

Despite the fact that there are several Hindu activists engaged in numerous activities, their efforts have not reached the communities where widespread conversion is occurring. Christians are focusing on conversion whereas Hindus are focussing on their academic pursuits. It is time for all academics and activists to take a moment to reflect on the reality on the ground. The communities where conversion is widespread are not being reached by our academic endeavors or activist protests. We cannot turn a blind eye to or ignore what is taking place on the ground.

The Origin & Importance of The Puranas

How Saudi Arabia Is Changing From Being A Haven For Muslims To A Tourist Destination?(Part-3)