It might have been very difficult making a film on the genocide of one of the most evolved and enlightened civilizations of the world. Though the pogrom lasted for several centuries and was one of the most horrific ones in human history, yet a film was finally made on the last point of these massacres. No more killings of Kashmiri pandits seem possible now, as they have been ruthlessly wiped out from their homeland in entirety by cruel tyrants.

A land named after great sage Kashyap, enlightened the whole world through works of its erudite scholars, researchers and noblemen. ‘Kashmir’ had its own uniqueness which was finely defined by its cuisines, culture, art, literature, architecture, dresses, salient bodily features of its people and other attributes.
If someone wishes to find and trace the richness of Kashmir, that person can go through several books and online resources which have managed to exist surviving the onslaught of cruel time.
Many centuries ago, famous poet Amir Khusro attributed this couplet in Persian for Kashmir!

Unfortunately, Kashmir’s whole strata got completely collapsed by forced conversions, rapes, genocides, destruction of its primary identities and repeated failures of common men and authorities to be proactive, responsive and well-prepared to fight invasions, calamities and other adversities. 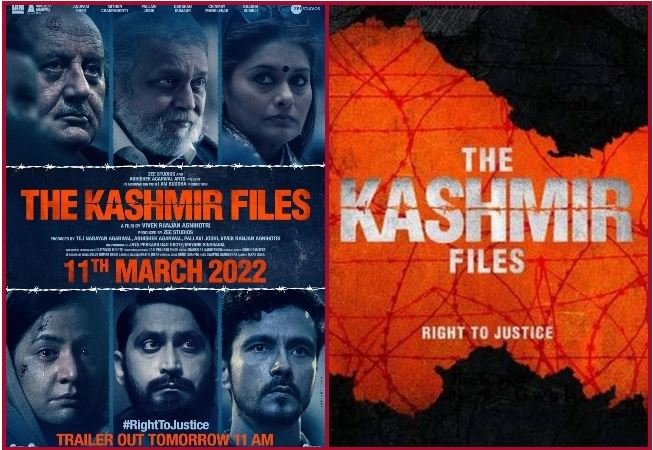 After watching the first day’s first show of Vivek Ranjan Agnihotri’s film ‘The Kashmir Files’ yesterday, I was intensely provoked to pen my thoughts and feelings on this issue as reality bites.

Another surprise for me is how biased and discriminatory historians and media persons distort facts to present fake narratives and willingly suppress the truth for several reasons. One of the reasons for this deceit is the desire to be politically correct or being socially acceptable by the masses. One might gain cheap publicity by mimicry, thrills and stunts to please a section or avoid offending men in power or the majority of people. But the idea of deceivingly hiding the truth to mislead people is disastrous and consequential.

Most literature festivals, artists and writers associations make no sense at all wherein a few good orators try impressing the audience with their ‘unique, unheard and special’ versions of stories. It’s so shameful that pseudo intellectuals operate in the garb of ‘custodians of truth’ to trivialize what matters most and hype rubbish!

These personalities have an audience in huge numbers, because people are desirous of hearing what pleases them and not what is true or what matters most! Inability of people to see beyond supposed and presumed beliefs and confront harsh facts complicates life and suppresses revolutionary ideas. Politically ambitious pseudo intellectuals fool around with their myopic viewpoints and force them on naïve and less intelligent recipients.

It’s a hard hitting subject, ‘The Kashmir Files’ deals with. Story, theme, plot, characters and reality have been presented with a pure intention and good heart. It gives yet another chance for those whose eyes are closed for they don’t want to see the truth. This movie is a depiction of a horrendous genocide which happened on January 19, 1990 in Kashmir. But this might well be the future awaiting millions if they don’t prepare themselves for what can well be the last nail in their coffin. In my opinion, it’s much more important to be aware and opinionated rather than being a money-minded, self-centered, pleasing and unaware person.

Surprisingly, a film without vulgarity, nudity, abuses, songs and other prevalent Bollywood tactics has been highly rated by film critics and well-received by viewers. Beauty of this well-scripted and bold narrative is the cause it stands for, together with gut-wrenching depiction of plight of victims who mistakenly took their own predators as friends. All of us can take a big lesson from history and learn a lot from our glorious past. Rubbing off or marginalizing history as an insignificant sequence of misrepresented and bygone events will cause a very fatal blow to our own existence, which has been repeatedly threatened by opposing elements.

‘Arise, awake or perish’, conscious choices made now will ensure a better future based on strong cultural pillars. Being ignorant of our own past will endanger our future. Individuals well-versed in ancient wisdom and acclimatized in present times will be the torchbearers of Sanatan Dharma in future. Our goals, priorities, ideals and objectives need to be introspected and altered. Spirituality will purify our heart, cleanse our senses and refine our thoughts. I am writing this article with the intention of reminding people of their worth and what lies ahead. This world is dynamically transforming every moment and a happening in one part of the world affects other parts like never before, since this world is more interlinked than ever before. This is an opportunity and a hazard too. Another fear is that homogenizing people and equalizing them artificially will destroy the uniqueness of different identities.

Another world awaits us, especially after the pandemic is over. Our tangible and intangible possessions might become obsolete or outlived anytime. Either wait for changes to happen or be the change you wish to see in the world. 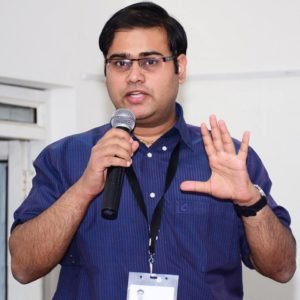 Pranjal Joshi is a Software Engineer and an MBA from IMT Ghaziabad. He has been passionately writing articles, blogs, essays etc. for different magazines, websites, newspapers and portals for more than 15 years. His areas of interest include politics, social causes, sports, current affairs, spirituality and general issues etc. He loves to express himself as a public speaker and a writer. He substantiates his writings by means of constructive criticism and satire, he is well-known for his ability to express the truth seamlessly, his thought provoking ways of judging and explaining characters and situations enlightens the audience. Pranjal loves to travel and socialize and is an avid art lover.

Give your feedback to the writer at pranjal280@gmail.com

PARTITION OF HINDUSTAN-1 : religion as a political tool