One thousand cycles of four ages constitute a single day of Brahmā, known as a kalpa. In that period, O King, fourteen Manus come and go.

After One Day of Brahmā (a kalpa), annihilation occurs during his night, which is of the same duration. At that time all the Three Planetary Systems are subject to destruction.

This is called the naimittika, or occasional, annihilation, during which the original creator, Lord Nārāyaṇa, lies down upon the bed of Ananta Śeṣa and absorbs the entire universe within Himself while Lord Brahmā sleeps.

When the two halves of the lifetime of Lord Brahmā, the most elevated created being, are complete, the seven basic elements of creation are annihilated.

O King, upon the annihilation of the material elements, the universal egg, comprising the elemental amalgamation of creation, is confronted with destruction.

As annihilation approaches, O King, there will be no rain upon the earth for one hundred years.
Drought will lead to famine, and the starving populace will literally consume one another.
The inhabitants of the earth, bewildered by the force of time, will gradually be destroyed.

The sun in its annihilating form will drink up with its terrible rays all the water of the ocean, of living bodies and of the earth itself.
But the devastating sun will not give any rain in return.

Next the great fire of annihilation will flare up from the mouth of Lord Sankarshana (Shesh-naag). Carried by the mighty force of the wind, this fire will burn throughout the universe, scorching the lifeless cosmic shell.

Burned from all sides — from above by the blazing sun and from below by the Fire of Lord Sankarshana — the universal sphere will glow like a burning ball of mud.

A great and terrible wind of destruction will begin to blow for more than one hundred years, and the sky, covered with dust, will turn gray.

A lamp, the eye that views by the light of that lamp, and the visible form that is viewed are all basically non-different from the element fire. In the same way, intelligence, the senses and sense perceptions have no existence separate from the supreme reality, although that Absolute Truth remains totally distinct from them.

Although perceived, the transformation of even a single atom of material nature has no ultimate definition without reference to the Supreme Soul.

To be accepted as factually existing, something must possess the same quality as Pure Spirit — eternal, unchanging existence.

O King, give up the animalistic mentality of thinking, “I am going to die.”

Unlike the body, your true self the soul, has not taken birth.

There was not a time in the past when you did not exist, and you are not about to be destroyed.

Oṁkāra exhibited the three original sounds of the alphabet — A, U and M.

These three, O most eminent descendant of Bhrigu, sustain all the different threefold aspects of material existence, including the Three Modes of Nature, the names of the Rig, Yajur and Sāma Vedas, the goals known as the Bhūr, Bhuvar and Svar Planetary Systems, and the three functional platforms called Waking Consciousness, Sleep and Deep Sleep.

The creation of this universe,
The subsequent creation of worlds and beings,
The maintenance of all living beings and their sustenance,
The rule of various Manus, the dynasties of great kings and the activities of such kings,
Annihilation, Motivation and the Supreme Shelter.

Other scholars state that the Great Puranas deal with these ten topics, while Lesser Puranas may deal with five.

The secondary creation, which exists by the mercy of the Lord, is the manifest amalgamation of the desires of the living entities.

Ananta, the Lord’s Throne, is the unmanifest phase of material nature, and the Lord’s lotus throne is the Mode of Goodness, endowed with religion and knowledge.

The Summary of Bhagavatam given in this chapter :- https://vedabase.io/en/library/sb/12/12/

The Glories of Bhagavatam given in the next :- https://vedabase.io/en/library/sb/12/13/ 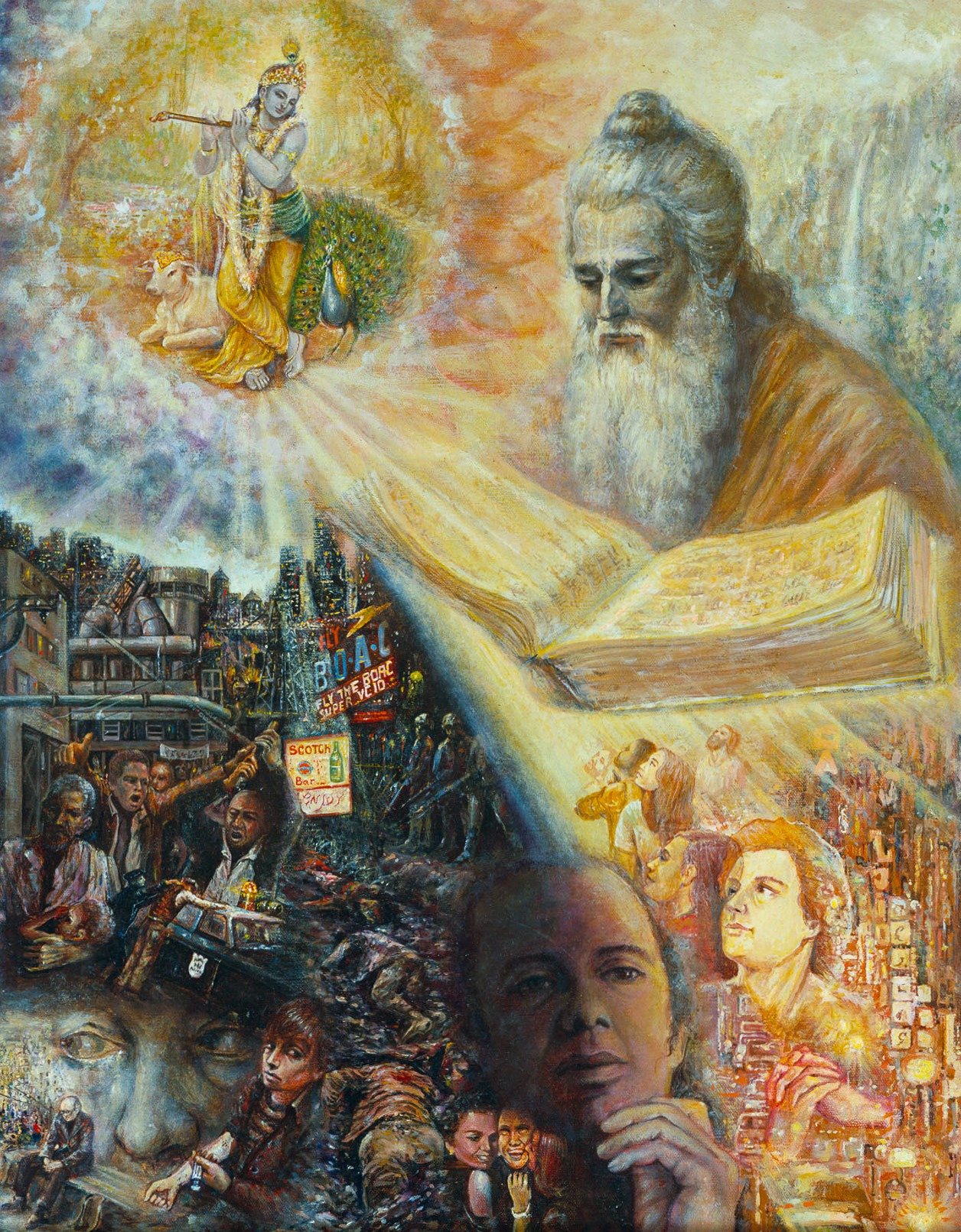 EVIDENCES OF KASHI: PURANS TO ARCHEAOLOGY

#Pakistan: Woman stripped, sexually assaulted and filmed by men in public. Crowds watch and cheer on.