I had recently seen a video of a debate on NDTV about the Gyanvapi mosque , hosted by Vishnu Som . 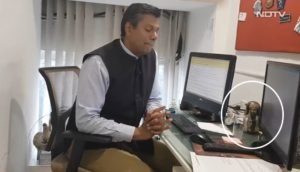 As expected the NDTV host was taking side of the muslims (so expected ) . When the Pro Hindu sides argued that Aurangzeb had destroyed the temple and built the mosque illegally , Mr. Vishnu Som replied “But Aurengzeb was a legit Ruler” .

I could not believe my ears at such nonsense being said by so called journalist (Well it’s NDTV so I should have expected it .)

Mr. Self declared intellectual , Vishnu Som , let me remind you thar Hitler was a legit ruler . Not only did he rule Germany Literally , he was the legit ruler of all countries and areas occupied by Nazis . YES.

Does that make everything Hitler and Nazis did legit ?

Mughals were foreigners who came , looted india , did genocide and ruled us like slaves. Yes their children were born in Indian because they were living here and ruling us. Just like children of many British East Indian Company officials were born.

Because the ruling family, the British Royal family was based in England. Had they been based in India, even their children would be born in India. SO the Indian by birth logic does not stand. They were looting us, enslaving us while living here.

Hitler and Nazis also built many thing . Not by destroying any one else’s place of workship but schools, colleges, universities , palaces. ALL hve been razed to ground. NOTHING with any slightly close association with Nazis stands today. And that is how any remnant of foreign invaders and their progenies is dealt with.

To even legitimize the mosques (which was built by destroying the sacred hindu temple ) by a genocidal , foreign invader exposes what you and you so called self declared liberal , secular cult is all about .

No knowledge , no iq, no rationality, and no shame is taking sides of genocidal foreign invaders and their atrocities. 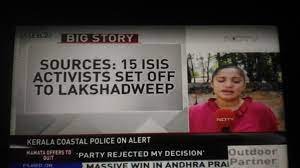 But what isn’t that what your cult is all about . Speaking accented english , Found sipping wine at parties , pseudo westernism , mocking hindus , hindutva , sanghis . Wash rinse repeat .

Of course you work for NDTV , what else to expect from 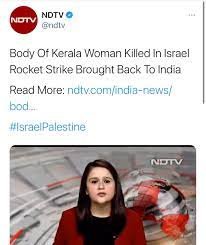 a company who calls ISIS terrorists as ISIS workers as activists , mocks the genocide and expulsion of Hindus from kashmir , never shares news about Hindus being killed by musims , all sar tan se juda threats , but make a road rage between hindu and Muslim a national issue and national debate . 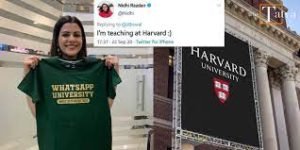 You have so called journos who think random email in 21st century to be legit offer from Harvard (despite not having a masters or even phD).

You have so called journos , who define Hindu areas and Muslism areas in India (but bat for All religions are equal , All of Indian belongs to All of Indians ) when opposing CAA.

Like serious what is it about NDTV ? Is having no knowledge, negative IQ , being anti-Hindu a pre requisite to be given a job ?

Babbling English is not journalism . Even a red neck from some trailer park in texas can do that . 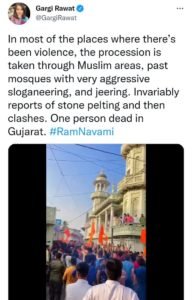 No one is getting fooled . Time you changed you name to Onion India.

Are Hindu Swamis doing their duty?

Open Letter: Oh, Tatas, that statement is not an apology

Truth in History: Akbar was like other Mughal rulers, false myths created to make him ‘Akbar – the Great’