A complete chess board dating back to 2400 BC has been found at Lothal, one of the biggest cities of the Indus Valley Civilization. 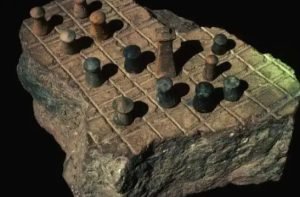 Chess was a very popular game in the Harappan civilization. Following is an excerpt from the Lothal Excavation findings (1985 edition), published by the Archaeological Society of India: 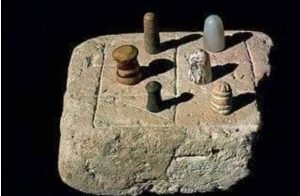 And here is another ancient chess piece that was originally from India. It was carved out of ivory and probably denoted the rook. It fell into Arab hands when they conquered Sind. It is now in Louvre Museum, Paris. 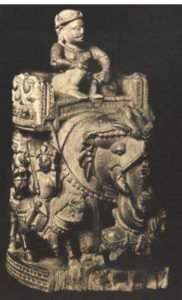 An early Persian painting depicts an Indian ambassador (shown in dark skin) introducing Chess to Persians in the Pre-Islamic Sassanid court. Through Persians, the game was learnt by Arabs and Europeans. The king who introduced Chess is named in Persian sources as “Deva Sharma”. 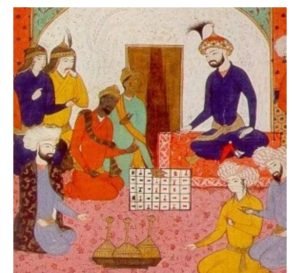 Some people like to claim that chess was invented by the Muslims. This is not true. In fact, here is an authentic Hadith from Sahih Muslim where the Prophet Muhammad declares that playing Chess is Haram (forbidden) and “He who plays chess is like the one who dyes his hands with the blood of a Pig”.

Should Tatas Oust Their Jihadi Officials for Their Love Jihad Campaign?

The Hoax of Aryan Invasion Theory

by Dhairya Gehani
Join the Conversation