don’t be surprised to know that in 509 BC romans have overthrew the monarchy system and formed a so much democratic system like today where public chooses senates and senates first discuss and then take action for the whole roman republic.

by then a 16 year old young boy Julius Ceaser contested in election to become high (religious)preiest of the roman republic. his speeches were so influential and seeing his knowledge of history, culture and war.. public of roman republic made him winner with huge margin.

but a young boy with high pitched voice and who designed himself in so many corruption charges within a sort-period of time as high priest made roman senates upset and they removed him as high priest. but by then julius had acquired so much fame and importance among public and government.

one time a group of pirates had captured him and was planning to ask 20 units of silver from roman government in front of julius only. it’s said that by that time julius was laughing and making jokes with those pirates and ask them to ask for 50 units of silver instead of 20. as noting will be of their work when they’ll release him. he said he will go after each of them and will cruicify them alive. and he kept his promise except their commander whom he first snatched his throat then crucified.

this incident took the eyes of senates on him and they made julias the army general. among his so many militry adventures they sent him to the battle of zile. ziles had the long enemyship from the romans and they were large in numbers from them. julius went to the battle of zile(in present day turkey) and won it. what really surprised everybody was the so little time in which julius defeated the ziles. then julius wrote a letter(in then official language of rome ; latin) to senates including the legendry line which even today so many empires, people, countries use to show their power, status and aura ‘VENI VIDI VICI’ which means ‘I came, I saw, I conquered’.

later this julius wanted to expand rome’s territory in asia but was called by the senates to rome to live the life of normal roman citizen. it is said that while his on way to rome he encountered a statue of Alexender The Great. he stood in fron of the statue and whispered, ‘at my age, he took the world under his feet’ and then commanded his army to return to the campaign. Julius Caesar was so much fond and loved by his army. but this made senates of the rome angry. when julius returned from his campaign as a victor to rome, he suddenly had to face so many charges from the roman senates which eventually erupted as a civil war and again Julius Caesar emerged as a victor. this time not as a commander but an emperor.

roman republic was dismissed and julius took the absoulute power in his hands. some senates were still day dreaming to bring their luxarious status back.

by then julius was only loved by his army but by now he was also loved by the common peoples of rome because of his quick progressive and good decisions.

there was a young small boy in then rome named Marcus Junius Brutus. he was so much loved by julius.

julius always stopped him to go at war and always made some extra efforts for his safety in case he didn’t listened to julous. some people also say that he was the (basterd) son of julius and that’s why julius loved him so much and he hated julius for the same reason.

it was march of 44 BC when the former senates were doimg an unofficial meeting amd discussing how to remove julius from power and again form a republic. and someone said ‘kill caeser’. after a long discussion everyone agreed on this. but killing Julius Caesar was not an easy task for anyone. this needed a strong planning and dedication. they decided that someone will call julius for  meeting from his heavily guarded house and then we’ll attack on him.

because this conspiracy was set on the month of march it is known as idea of march.

but julius believes on no one. who will call him. then they remembered Marcus Junius Brutus. julius is so fond of him and he cannot deny him. and  also marcus hated julius. and this happened. on the call of marcus, julius came to see senates in a halland 60 senates together attacked him with knives.

this context also has a very popular english phrase which is like, ‘Julius was killed by the whole senate’

when senates attacked on him julius didn’t understood that in this planning marcus brutus was also imvolved. he just thought that they told marcus to call him outside and they suddenly attacked. but at a time julius saw marcus also attacking on him along with all the senates with a knife and he just couldn’t believe. on which he said(maybe his last word.. in latin) ‘Et tu, Brute?’ which generally meant ‘you too, child?’ or ‘you too, young man?’

later william shakespeare in his play changed the word child or young man to his name directly who went so much popular which is like ‘you too, brutus?’

anyhow killing to julius didn’t helped senates in the way they wantes but only uprooted their little-leftover positions. a small civil war erupted just after the death of Julius Caesar, republicism was finished completely and julius’ adopted son Augustus became the first full-fledged emperor of the new Roman Empire.

Marcus Junius Brutus did suicide after some time for some unlnown reason.

so many people uses these phrase without knowing the legendry story of julius ceaser.

even a indian freedom fighter reminds me of Julius Caesar. guess then tell me that we both thought of the same person. 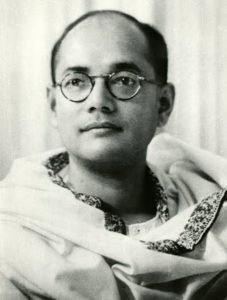 they both believed in the self(as a nation)  militry power and wellness of the nation. 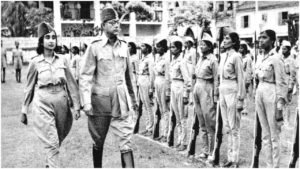 they both were heavily admired by the army and the common public of their country and both have been killed by the corrupt senates to maintain their power. 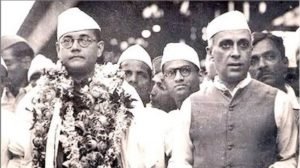 Know about the man who defeated Mughals 17 times.

Devas-Antrix scam: Story of Sonia’s loot and treachery to nation