While most of us have been complaining about the “Urduization” and “Secularization” of Bollywood, as there has always been a tendency in Bollywood to glorify “peaceful religion” and look down upon Hindu way of living and practices. That’s because Bollywood has been controlled by a small group of “peaceful” elements based in Saudi, who have their own larger agenda.

If we consider music, it cannot be denied that there are tons of Qawwallis & Sufi based songs, but hardly any Hindu bhajans or chants. This phenomenon was noticed by a young fruit juice seller, who was a deeply religious and proud Hindu, and wanted to fix this gap in Bollywood. He was Gulshan Kumar. 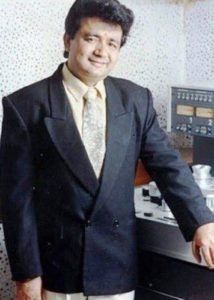 Gulshan Kumar was a visionary. During his period Indian Music Industry, and Bollywood Music reached new heights in regards to sales. His success mantra was low price and high volumes. He wanted to reach a larger number of audiences and give the best possible quality at the cheapest price through his company Super Cassettes Industries Ltd (T-Series).

He came up with the idea of issuing the cover versions of other music companies’ soundtracks basically recording them again in studio and in the process introduced new singers like Anuradha Paudwal, Sonu Nigam, Abhijeet, Udit Narayan and many more. The cover versions of old songs with a much better technical touch were liked by the listeners. In one way this was like selling pirated Bollywood songs but he clearly mentioned on the cassettes that the recordings are not from the original film soundtrack. Still he was able to capture the market and eventually began producing new music. 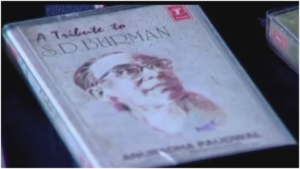 In the 90’s decade T – Series was holding about 65% market share of the music industry. Producers were interested to associate their films music rights with T -Series as the cassettes were cheap and therefore the sales were high. Be it mainstream film albums like Qayamat Se Qayamat Tak, Aashiqui, Dil, Beta, Sadak or his devotional albums, T-Series was on the top. In other words this phenomenal success had given the rival companies a real run for their money.

Riding this new wave of success, he founded a cassette company called “T-Series”, in which T stood for “Trishul”, reinforcing his mission of reviving Hinduism & Bhakti aspect in the music industry. He handpicked & groomed his own set of young artists (including Anuradha Paudwal & Sonu Nigam) who would sing bhajans with deep devotion, and Gulshan would sell them under T-Series label for almost cost price thereby penetrating rural markets as well. Not only did he revive the Hindu devotional music segment, but also donated generously to Hindu Temples from his profits.

This apparently didn’t go down well with the Bollywood underworld which felt he was becoming an obstacle to their larger “peaceful” agenda, and thus started harassing him through all possible ways. On the other hand Bollywood was firmly in the clutches of the Underworld during that period. The term Bollywood – Underworld Nexus was at its peak. It was reported that in just two months Abu Salem had demanded extortion money from 20 big film personalities. Gulshan Kumar was receiving continuous death threats from the underworlds demanding extortion money but he was ignoring them. One month before the killing Gulshan Kumar received a call from Dubai and was asked to call back on a number. Abu Salem demanded 10 Crores as extortion money from Gulshan Kumar. Although he boldly resisted their provocations, the tipping point was when upon demand of extortion money, he publicly said that he would rather donate that money to a Temple, than to get cowed down by such threats and extortion.

The term extortion money was usually based on profit sharing ratio. The higher the revenue generation of a producer, builder or a company the extortion demand would be such that the target would be said that they are just making a normal demand. During that period T- Series was making a sale of average 3 Lakhs cassettes per day which meant a profit of about 1 Crore Rupees every day. The extortion amount used to differ on how big the revenue of the producer, builder or the company.

He used to visit a Shiva Temple in Andheri, Mumbai. When he was getting back to his car two of the assailants came close to him and shot 17 bullets. Later they fled with their third partner who was holding a taxi at gunpoint. Gulshan Kumar was immediately taken to Cooper Hospital where he was declared dead on arrival. This also remains an unsolved mystery that his security guard was on leave on the D – Day.

Interrogations were made, chargesheet was filed, and arrests were made but finally only hit man Abdul Rauf was convicted. His aide Adil was set free as Rauf’s statement was not considered as a proof and the third aide was already killed in an encounter while trying to flee from the police.

One chargesheet stated 26 names and the other had 19 names, but only one convicted. An underworld act or a business rivalry, it was not the end of the story.
Many questions unanswered?
They intentionally chose to shoot him at a Hindu Temple because they wanted to send out a “strong message” even to future entrepreneurs that any attempt to revive anything related to Hinduism through Bollywood, would meet similar fate. Thus, with Gulshan’s exit, all hopes of Hindu renaissance in the 20th century Bollywood came to an abrupt end.

The Maya of Matrix