It’s sad for any leader to see the members of his own political party trying to compete with him and tring to overtake him. Arvind kejriwal Is facing such hard times. Sourav Bhardwaj who is the member of Aam Aadmi Party which is headed by current Chief Minister of Delhi is hell bent in trying to overtake his leader Arvind Kejriwal. On 12 October Arvind Kejriwal was spotted following an adult content account named Esmee. Netizens criticised him for his actions and mocked him by making memes. The lady running the pornographic account also invited Arvind Kejriwal for some snacks but may be he did not go after getting reminded of the Gujarat Autowala who called him to his house for dinner. 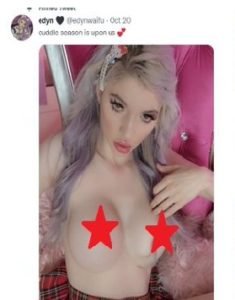 Sourav Bhardwaj of Aam Aadmi Party is trying to overtake his leader Arvind Kejriwal. Sourav Bhardwaj is too trying to imitate Arvind Kejriwal by following Pornographic accounts. Twitter handle named Mr Sinha shared a screenshot and also a video of Saurabh Bhardwaj’s follow list. It can be easily see that Saurabh Bhardwaj is following a Twitter handle named @edynwaifu, whose profile has nude pictures and videos. This might create problems inside the party and can cause internal conflicts which might not turn good for the political party.

Beating about the bush called Putin

The Mullah, The Spy, The Prince: Three in a Leaking Boat