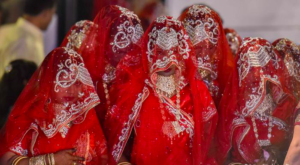 On the matter of marriage and expectations from a wife, there is a lot of stress on women having many rights on their husbands, by the Muslims as well as those supporting the cause of Islam. The claim is that Islam gives women an exalted place inside marriage. On another note, Prophet Muhammad’s last sermon is considered a remarkable revelation on the rights of women in Islam. As the sermon is taken as a very important part of Islamic teachings, Muslims treat everything which was mentioned in this sermon as the direct word of Allah which is to be followed to the letter. Therefore, we use the holy trinity of Islam: the verses of Quran, the Hadith and the Seerat un Nabi (Life and virtues of Muhammad) to ascertain the position of women inside the marriage. We start this discussion by carefully analysing some of the relevant verse from Quran. The first one is taken from Chapter “Women” (Sura e Nisa), which all women are made to read specifically to get a better understanding of how to be an ideal Muslim wife. The second verse is taken from Chapter The Clans (Sura e Ahzab)

Before we attempt to understand these verses, we will also take a look at an excerpt from the last sermon delivered by Muhammad, which is relevant to the message in the verses:

“Now then, O people, you have a right over your wives and they have a right over you. You have [the right) that they should not cause anyone of whom you dislike to tread your beds; and that they should not commit any open indecency (fallishah). If they do, then God permits you to shut them in separate rooms and to beat them, but not severely. If they abstain from [evil], they have the right to their food and clothing in accordance with custom. (Bil -Maruf ) Treat women well, for they are [like] domestic animals (‘awdnm) with you and do not possess anything for themselves. You have taken them only as a trust from God, and you have made the enjoyment of their persons lawful by the word of God, so understand and listen to my words.[1]

All of this describes a wife’s position in marriage as one of financial dependency on the husband. Quran also draws a caricature of a righteous woman, who should be loyal to the husband’s requirements and guard herself in every manner. Also, men are nominated as in charge of women’s finances, therefore the question of women engaging in job or business is not supported by Quran. The second verse talks about women finding solace in permanence inside the house, as only this will confirm their purity and piety. Hadith also makes it clear that a man’s duty to his wife is to “feed and clothe her when he feeds and clothes himself”.[2]

There could be more than one reasons for this. Anyone who earns their own living is bound to be more independent and vocal, which is something admonished in this same verse as a bad virtue. Anyone who is financially dependent will not be easy to control. Anyone who is financially independent will have more options in case they are not treated well by their spouses. Quran considers all of this as a bane to a successful marriage. Additionally, this verse goes on to speak of how women should be treated if they have a difference of opinion or are headstrong. If a man and a woman do not get along with each other, the man is permitted to use physical force until the will of the woman is broken. On the other hand, there is no mention anywhere in Quran as to what should be a husband’s punishment if he errs inside the marriage. No mention is made of how the husband should mend his ways or how he should be disciplined.

There is a lot of emphasis on women being obedient and subservient in some authenticated Hadiths too. According to one Hadith

This hadith describes what Muhamad, the Prophet of Islam, thought about women. Many Muslims argue that Muhammad was kind and caring especially towards those weaker than him, towards women and children. However, he never even came to the rescue of his own favorite wife Ayesha, when her father Abu Bakar hit her hard on her arm. Here is an extract from a detailed hadith:.

“Abu Bakr came while Allah’s Apostle was sleeping with his head on my thigh, He said, to me: “You have detained Allah’s Apostle and the people where there is no water and they have no water with them. So he admonished me and said what Allah wished him to say and hit me on my flank with his hand. Nothing prevented me from moving (because of pain) but the position of Allah’s Apostle on my thigh. Allah’s Apostle got up when dawn broke and there was no water. So Allah revealed the Divine Verses of Tayammum. So they all performed Tayammum”[4]

This hadith mentions an incident where Ayesha lost a necklace during travel. and Abu Bakar felt she was holding up Muhammad and the caravan through her carelessness. He got angry at Ayehsa and hit her. In the whole Hadith, there is no mention of Muhammad admonishing him for raising his hand to a woman.

Next, we come to examine the place of a woman inside the bedroom. The same is also explained fully in 4:34 discussed above:

“righteous women are devoutly obedient” and “[first] advise them; [then if they persist], forsake them in bed; and [finally], strike them”

It is due to this standing, that the concept of marital rape does not exist in Sharia. A woman simply cannot say No to her husband when he wants to bed her. Here is a Hadith to support this Quranic verse:

“”Allah’s Apostle said, “If a husband calls his wife to his bed (i.e. to have sexual relation) and she refuses (turns her back to him) and causes him to sleep in anger, the angels will curse her till morning.”” [5]

The wife’s consent is not necessary for matters of sex, as she is fed and clothed by the husband. Additionally, because the wife is treated in a similar matter as a female slave is. She is only allowed to keep fasts outside the month of Ramzan after the husband allows it. If the husband feels he will not be taken care of properly, and he finds that the wife is fasting without his permission, he has the right to tell her to break her fast.

Now we look at the part of Quran which gives the husband right to negotiate with his wife on his own terms, threatening her with divorce or worse if she doesn’t agree to give in her rights. Sauda was one of the wives of Muhammad. She was older and no more desirable to Muhammad and he wanted to spend the night assigned to Sauda with young and nimble Ayesha. So, he had a conversation with Sauda about this arrangement, and it seems that she relented at first. Following this Allah revealed 4:128 (Quran)

“And if a woman fears from her husband contempt or evasion, there is no sin upon them if they make terms of settlement between them – and settlement is best. And present in [human] souls is stinginess. But if you do good and fear Allah – then indeed Allah is ever, with what you do, Acquainted.”

The above verse is substantiated by the explanation provided in Tafseer Ibn e Kathir, which narrates the incidence too. Sauda gave Muhammad permission to visit Ayesha on her own night of visitation, to avoid being divorced of which Muhammad had threatened her. So here, by ‘settlement’ it is inferred to the woman making the compromise in different circumstances in order to keep her marriage intact.

The incident with Sauda was not the only example shown by Muhammad on how husbands should assert their authority over their wives. In another case, two of Muhammad’s wives, Ayesha and Hafsa, played a prank on him. Muhammad did not take this kindly and Allah revealed this verse in the Quran

“If you two [wives] repent to Allah, [it is best], for your hearts have deviated. But if you cooperate against him – then indeed Allah is his protector, and Gabriel and the righteous of the believers and the angels, moreover, are [his] assistants. Perhaps his Lord, if he divorced you [all], would substitute for him wives better than you – submitting [to Allah], believing, devoutly obedient, repentant, worshipping, and traveling – [ones] previously married and virgins.” 66:4 – 5 Quran

And then, Muhammad himself struck his beloved wife Ayesha when she made to follow him outside the house as he left in the middle of the night, As Ayesha mentions: “he struck me on the chest which caused me pain…”[6]

According to Hadith, There was another incident where Sauda and Ayesha were reprimanded by Umar Farooq who was Muhammad’s companion and eventually the 2nd Caliph of Islam. Muhammad and his companions were also marred by the fear the women of Madina were more headstrong and not as easily subdued as those from Makkah. They didnt want their own women to be corrupted, so in this case, Umar attempted to discipline Hafsa.

There are many other Hadith which make it very clear that the position of women inside a marriage is nothing more than that of a sexual vessel, a punching bag, and a Kaneez. When a man is aroused by the site of a woman, it is not the man’s doing, but the woman who is in the ‘shape of a devil’ with the sole purpose of misguiding the pious Muslim man from his virtuous path.[7]

The explanation of 4:34 in Quran in Tafsir Al Kathir mentions an authenticated quote from Imam Ahmed Ibn e Hanbal, that Abu Rahman Ibn E Auf narrated that the Prophet said that a woman only has to do 4 things:

A woman who is able to carry out these four tasks, Allah will tell her that she can enter Jannat from any of its seven doors.

In another instance, Muhammad explains the kind of people who will not get an audience for their prayers. These include a runaway slave, a woman whose husband stays angry with her the whole night, and an Imam who people dislike. [8]

This clearly states how much emphasis there is on a woman to be obedient to her husband, as here Muhammad attempts to bribe women to be a pleasing wife and end up in an exalted place in Jannat.

In one place, Muhamad has analogized women to “an affliction”, someone who carries a bad omen and is generally a source of bad energy in the household

Overall we get the impression that a woman’s role in Islam has been dismissive. She is projected to be a subject of ridicule and an object to be used at the pleasure of the men. Additionally, Muhammad likened the brain of women as the “the most crooked upper part of a rib bone”, thus advising men, that if they tried to straighten the brain of the women, their marriage will break. So, they should treat women as one of lesser intellect and a crooked brain[9]

Pakistan: a living hell for minorities