I got goosebumps, when a Kashmiri girl whose parents have been an eye witness of the horrendous kashmiri pandit genocide back in 1980s, narrated me what her mother went through when she was just a kid.

All of a sudden, at 3 AM, loudspeakers stormed the whole place.

“All the Hindus leave the place or get accept Islam. This is a Islamic state now.”

Everything was burning. All the temples were set on fire.

She and her parents were in utter shock.

Their beloved neighbours who once celebrated diwali with them, has started to pelt stone at them.

To add to that, they saw the house next to them ( also a kashmiri pandit) was in huge flames.

She could hear the screaming and burning of the person inside it.

(They came to know later, that it was their house which was targetted first, but it was misjudged due to andhera).

They all knew their end was near if they didn’t act fast.

Now, one more thing that people don’t know is… Small girls were abducted and raped and then converted to Islam. They weren’t allowed to escape.

Riya’s mother pushed her in a 4X4 suitcase to hide from these animals.

One of her relatives requested their Muslim friend to help him escape.

“Bhaijaan, we know each other for so many days, please help us escape.”

“ Yeah sure, come with me,” said Bhaijaan.

Bhaijaam took him in a narrow gully and stabbed him 26 times in the stomach.

This was the level of betrayal kashmiri pandits got from the people who were thought of their own. Somehow, riya’s mother grabbed 500 rupees and were able to escape the godforsaken place.

And there were thousands of other riyas who were forced to leave their everything behind all of a sudden. And thousands of riyas lost their life or got trapped in the hell back then.

Just once small insight – a woman was made to eat rice soaked in her own husband’s blood. Just imagine!! There was a dialogue asked in the movie to one of the kashmiri scum terrorist (I really don’t like using kashmiri besides their names, as I regard Kashmir as an integral part of India, and these scums can never be Indian. Infact, they can’t be called humans) – kya tum apni Maa ko bhi mar dete (would you have killed your mother too?). He said yes. Without any remorse, without any hesitation.

This was not just a dialogue, but taken from a real life interview of that scum. Imagine how blind can someone be in their faith that they are ready to kill their own mother.

It’s a shame for us Indians that it took 30 years for a brave director to show us the facts of something as heinous as this. And still, there were plenty of ‘Indians’, who were against releasing this movie. Infact, a PIL was filed to stop its release in the light of spreading communal hatred. If showing facts is communal hatred, then everytime you tweet #saffronjihad or #rssterrorist, is also a communal hatred. Then the twitter too should also be banned in India.

The team has been congratulated by Narendra Modi and is already a huge success. Vivek agnihotri sir will be hated by few “Indians “ now, but will be loved by most of them. 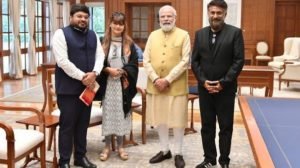 We should hang our heads in shame in front of all the Kachroos, tikoos, rainas, bhatts( some common kashmiri pandit surname), that we weren’t able to do anything for them.

We can’t ever repay back our kashmiri pandit friends, atleast we should portray what they had went through to the whole world, isn’t it?

A very strong message associated with this film – the future generation should know about the history , otherwise the history will repeat itself in the future again!

A Misguided Narrative about Hindus and Hindutva

An open letter to Benjamin Netanyahu From An Indian