Every political party in India has its own vote bank. BJP has the Hindu vote bank (particularly the Brahmin-Baniya and OBC), the Samajwadi party has the Yadav and Muslim vote bank, and similarly, Shiromani Akali Dal in Punjab has the panthic vote bank. Religious places are the best source of attracting voters and keeping the vote bank intact. In Punjab, the Gurudwaras have always been the center of attraction for political parties. Gurudwaras in Punjab are managed by a management committee called SGPC (Shiromani Gurudwara Management Committee), which is indirectly governed by the oldest political party in Punjab, Shiromani Akali Dal. The Badal family has been the frontrunner in Gurudwara politics for over 100 years with the help of SGPC (Shiromani Gurudwara Prabandhak Committee). But now, things seem to slip away from the family’s control.

The recent decision of the Supreme Court recognizing the validity of the Haryana Sikh Gurdwara (Management) Committee has given a new twist to Punjab’s political and social analysis. It has provided hope to the BJP and INC in Haryana and deeply broken the Akalis.

The History Of Gurudwara Politics

It was in the 1920s when the demand to liberate the Gurudwaras from government control started taking shape, popularly known as the Akali movement. The movement started in Amritsar when 10,000 Sikhs gathered at the Golden Temple and formed a committee of 175 members to manage the gurudwaras. The committee was named the Shiromani Gurudwara Prabandhak Committee (SGPC). The Akali movement led to the drafting of the Sikh Gurudwara Bill, 1925, which was adopted in July 1925. The law gave control of all the Sikh historical shrines to SGPC. In 1923, the SGPC took charge of all of the historic gurdwaras in Delhi and shaped a committee of eleven participants referred to as the Delhi Gurdwara Parbandhak Committee (DGPC) to control them. The SGPC, however, persevered in working out powers of control and supervision over the affairs of DGPC. With the inflow into Delhi after the partition of India in 1947 of a huge range of Sikh immigrants from West Punjab, the scenario was modified, and the authority of DGPC started to be challenged. Attempts have been made to dispossess the committee functioning below the auspices of the SGPC.

In 1971, the Government of India entrusted the management, via an ordinance, to a five-member Gurdwara Board. The ordinance was changed with the aid of using the Delhi Sikh Gurdwaras Act, 1971, passed through Parliament, providing for a committee to be elected via way of means of a Sikh vote. Elections occurred under the supervision of the presidential authority, and the Delhi Sikh Gurdwara Management Committee (DSGMC) was formed in 1974.

The Hegemony Of Akali Dal On SGPC and DSGMC

The control of Akali Dal on SGPC was a dream plan of Shri Prakash Singh Badal. Badal found it very difficult to have a say in the panthic issues when he was the Chief Minister of Punjab during the 1970s and 1977. This was because the SGPC and SAD presidents always differed with Badal as CM. Therefore, Badal always wanted the SAD President, as well as the SGPC President, to always be his choice. By 1996, Shri Prakash Singh Badal had become the most powerful leader in SAD and had gathered massive support within the party by giving key positions to his kin. At that time, he had huge differences from Shri Gurcharan Singh Tohra. In 1997, Parkash Singh Badal referred to the name Gurcharan Singh Tohra as the SGPC President but ensured that most members elected as SGPC members were his supporters. On March 15, 1999, Gurcharan Singh Tohra resigned as the SGPC chief when all the Badal’s loyalists decided to oust him. From 1999 till now, only the Badals have decided on the SGPC chief. The only difference now is that the decision-making power has been handed over to the son of Old Badal, Shri Sukhbir Singh Badal. The same goes the case with the Delhi Sikh Gurdwara Management Committee (DSGMC). SAD has won almost all the elections of DSGMC, and the Badals have decided the president.

The Changing Dynamics In The Gurdwara Politics

The holy Sikh shrine in Nanded (Maharashtra), Shri Nanded Sahib (Takhta Hazur Sahib), is managed by Takht Hazur Sahib Board. The board was established by the Takht Hazur Abchalnagar Sahib Board Nanded Act, 1956. It was a 17-member board having 3-members from SGPC, one from CKD (Chief Khalsa Diwan), one Sikh from Andhra Pradesh, three elected members, one Maharashtra government nominee, district magistrate, and one from Madhya Pradesh. As usual, SGPC didn’t pay much attention to the shrine, due to which some Sikh groups sent some recommendations to the then Maharashtra government (INC) in 2014. The proposal was to reduce the number of nominated members of SGPC from three to one and that of Chief Khalsa Diwan from one to none. Another reform demanded to include of one member each from Mumbai, Pune, Nasik, and Nagpur, to increase the number of committees to 21. The Sikh organizations of Maharashtra blamed SGPC and CKD didn’t listen to their state-specific demands, especially running CKD institutions in the state.

The demand for a separate Gurudwara Committee in Haryana arose in 2008 when a group of Sikhs conveyed this demand to the INC-led Haryana government. Under the leadership of Bhupinder Singh Hooda, Haryana set up the HS Chattha committee to look into the legality of creating a separate Gurdwara management committee. On July 14, 2014, the INC-led Haryana government passed a resolution in the Haryana Vidhan Sabha to set up Haryana Sikh Gurdwara Management Committee (HSGMC). It was a 41-member committee with Jagdish Singh Jhinda as its President. The tenure of the committee was fixed at 18 months. The decision fumed the Badal family as they could easily see their hegemony over nationwide Gurudwaras diminishing. Therefore, SGPC member Harbhajan Singh challenged this decision of the Haryana government in the Supreme Court on July 25, 2014. Those who managed the Gurudwaras in Haryana claimed that SGPC didn’t let the Haryana Sikhs take their own decisions. It was also alleged that SGPC appointed its members to the Gurudwara committee without any discussion, and even there were financial irregularities.

Since BJP was in alliance with SAD in Punjab, the Haryana BJP leadership opposed the move of Congress to make a separate management committee, terming it as interfering in the personal matters of Sikhs. The BJP, after coming to power in Haryana, didn’t take any steps to set up HSGMC and waited for the SC to take its decision.

On September 20, 2022, the Supreme Court upheld the validity of the Haryana Sikh Gurdwaras (Management) Act, 2014. Now all 52 Gurudwaras can be managed efficiently by HSGMC, and Haryana Sikhs can set up educational and medical institutions in the state. The BJP-led Haryana Government has welcomed the decision and actively supported the need for the local committee. 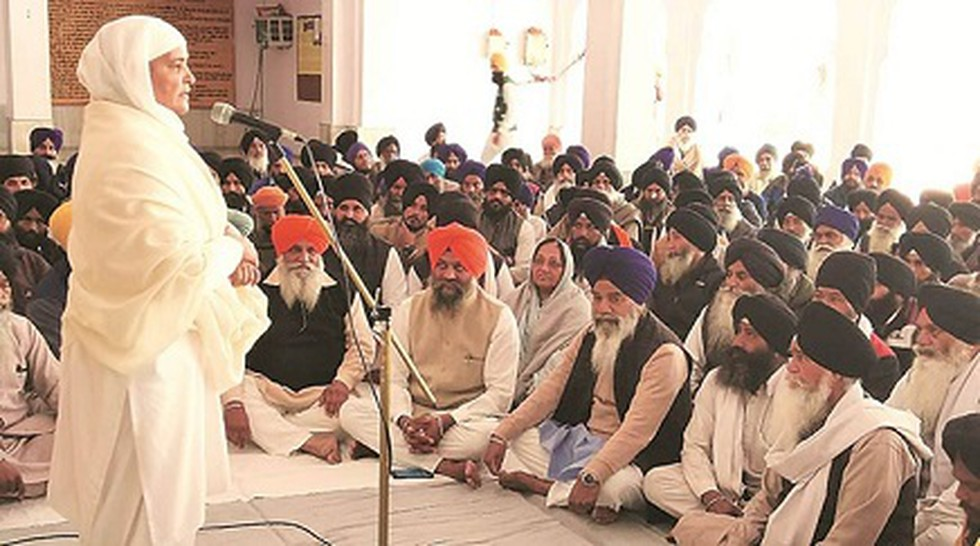 Now that Haryana Gurdwaras have been freed from the control of SGPC, the power of the Badal family has been reduced to just one state, i.e. Punjab.

The situation is not easy for the Badals in Punjab as well. SAD’s party leaders, SGPC members, and Akal Takht members have blamed Prakash Singh Badal and Sukhbir Singh Badal for diluting the panthic body SGPC and using it just for election purposes. The members also accused both the father-son duo of not resolving the sacrilege issue and the Kotkapura firing case, along with raising the demand for releasing the Sikh prisoners with the Union government. Around 150 Sikh bodies have decided to fight the next SGPC elections to end the hegemony of the Badal family over SGPC. On the other hand, BJP has close relations with the Delhi Sikh Gurudwara Prabandhak Committee (DSGMC), which also indicates the BJP’s entry into Gurudwara politics.

Since the farmer’s protest has ended, the BJP is trying its best to woo the Sikh voters. Prime Minister Shri Narendra Modi is personally reaching out to Sikh organizations and fulfilling their demands. The efforts can be seen in the form of the Government of India celebrating the ‘VeerBal Diwas’ to remember Shaheedi of Baba Zorawar Singh and Baba Fateh Singh, followed by the grand celebration of the 400th Birth Celebration of Shri Guru Tegh Bahadur Ji. At the same time, the diminishing clout of the Akali Dal will ultimately pave the way for the BJP to start its new career in Punjab. 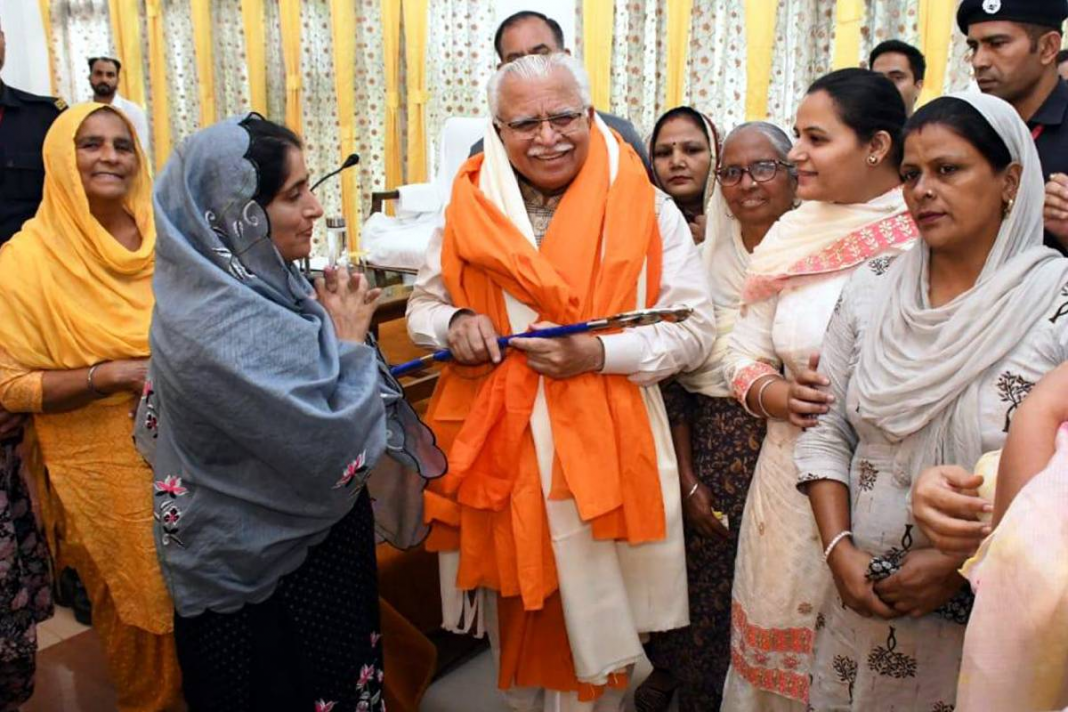 The formation of HSGMC and Haryana CM Shri Manohar Lal Khattar taking a strong stand over the decision can be a positive sign for the BJP in the upcoming assembly and general elections. The decision will directly affect 24 Vidhan Sabha constituencies of Haryana, especially in Sirsa, Ambala, Kurukshetra, and Karnal, where there is a sizable Sikh population.

The 2022 Punjab Assembly election and then the recent Sangrur bye-poll election was watershed moment for Akali Dal. The party lost all the panthic vote bank and even performed worst than the BJP.

BJP trying to enter Gurudwara politics might help the party attract some Sikh votes in other states except Punjab. In Punjab, panthic votes were the strong vote bank of the Akali Dal. With Akali Dal’s decreasing political influence across the state, panthic votes may become normal Jat Sikh votes (most of the panthic voters are Jat Sikhs). In the absence of any panthic party in Punjab and the already weakened INC, the vote bank will be divided between AAP and BJP. Since BJP doesn’t have any prominent Jat Sikh leader, the primary beneficiary of this incident will be AAP. But at the same time, there is a high chance that BJP will get moderate Sikh votes if BJP gets the organizational structure set up in a much more balanced way.