In this modern world, where our daily life chores are one or other way influenced by technology and present day scientific advancements, feminism has become a buzz word to challenge or sometimes even demean the age old rituals that have so far defined our socio-cultural and spiritual life, especially in Sanatan Dharma.

Unfortunately, such pseudo-feminists suffer from myopic understanding of the Sanatan Dharma, as a result they fail to recognise the fact that it is the only way of life, if taken in its original form & barring a few exceptions due to later time interpolations under foreign rule, which celebrates ‘feminism’ in true spirit, promoting the mutually dependable, symbiotic relationship between Purusha and Prakriti.

How this age old tribal ritual different from numerous tribal festivals and how it celebrates ‘feminism’? Let’s explore. 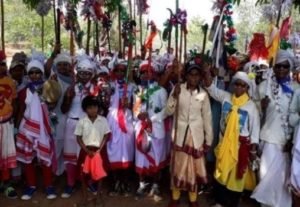 According to the findings by BTRI, led by a research officer from the same institute, Mr. Som Singh Munda, Jani Shikar originated sometime around 1610 CE during the reign of Mughal Emperor Jahangir. This ritual is held once in every 12 years. It is a ritual of women, by women and to honour the feminine prowess of the brave tribal women against Islamic invaders.

The Oraons, who are the chief tribe in and around Chotanagpur, Santhal Parganas and Ranchi, were often in conflict with the Mughal forces right from the times of Jahangir reign. Mughal forces used to constantly attack them in jungles, with the obvious objective of military subjugation and force conversion to Islam. However, Oraons and other tribes in the region repulsed Islamic attack befittingly several times, thereby successfully preserving their unique Hindu tribal culture and identity. Thus, origin of Jani Shikar is linked to the part of the tribal history that glorifies the victories of Oraons over the Mughal forces in 17th century CE.

As per findings of the BTRI, Mughals, frustrated by a series of defeats at the hands of the Oraons tribes in jungle warfare, upon receiving a tip-off that the best time to conquer the Oraons was immediately after sarhul (the time of festivities to celebrate victory among tribes) during which all warring men would be severely drunk to even lift their weapons, let alone fight.

Mughals strategized to make use of this slack time to annex the Oraons tribe. However, fate had something else planned for them.

During one of these sarhul festivities when the men had got drunk and mostly fallen asleep, Mughals launched a sudden massive attack on them in middle of the night. In such a crisis time, women of the Oraons tribe and other nearby tribes, clad in martial attire of their drunk men, and armed with their traditional weapons, fought the invading forces throughout the night, with all their valour and fury. By the time sun rose next day, Mughals were seen nursing their wounds, and killed in thousands, were retreating as fast as they could. After such a humiliating defeat at the hands of a women army, Mughals attempted two more times to capture them the next day, but the feminine prowess of the Oraons tribe convincingly repulsed them again and again.

Ever since their victory over Mughals, the women of this tribe celebrate Jani Shikar in the form of a hunting ritual to honour those warrior women of 17th century CE.

It is celebrated once in 12 years in the month of May-June. On a date fixed by the village priest, women dressed in their traditional martial attire and armed with weapons, seek blessings of their village priest and go out for hunting. After returning from the hunting, the women first report to the priest before retiring to their respective homes. 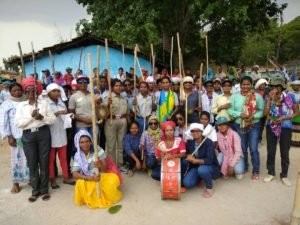 During this time, no complaints are entertained against such killings.

This ritual goes on like a relay race where many female hunting parties from several villages participate in the killing. As per the rules, it is mandatory for every house in a village to send atleast one huntress to this ritual. If any house fails to do so, a fine is imposed in the form of a feast, or a goat or even in monetary form on that household. 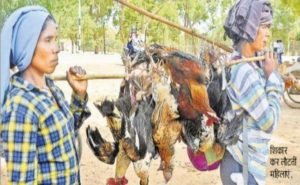 In modern times, women ‘huntress’ prefer to wear hats, Sun-glasses, shirts and pants, instead of turban and dhoti etc. during Jani Shikar and after their day long hunting ritual, they, with their families, celebrate their historic victories in grand fairs that run for a couple of days. 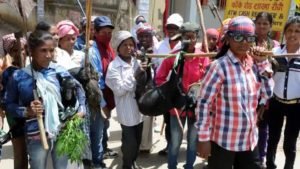 Unfortunately, such ritual which celebrates true feminism in our Hindu tribal societies is now under the attack of local Christian missionaries, their heavily funded NGOs run locally by converted tribals, the district administration and police.

As a result, it is now a matter of time, when this chapter of traditional tribal culture will fade into oblivion, under the impact of hyper-animal activism and virtue signalling across the Eastern India. 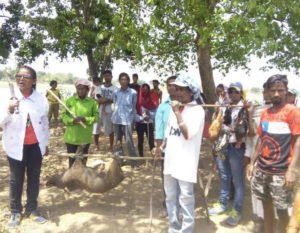 Should India remain in the British Commonwealth under King Charles?